Conor's Autism is a Disorder Not "A Way of Life" 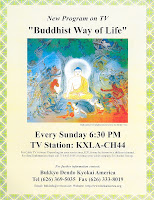 " Autism is not a pathological condition or a disease, but a way of life that possesses a culture and history all its own" - Valerie Paradiz, School for Autistic Strength, Purpose and Independence in Education (Aspie) in New York State

I wish much happiness for the high functioning autistic persons who feel that their Asperger's is "a way of life" as recently reported in the UK Guardian. But I really wish they would stop speaking about "autism" in a general sense when they make statements like that. My son, Conor, does not have Asperger's or High Functioning Autism. At 11 his language is limited and he still does not understand many of the dangers of everyday life. He has Autism Disorder and he is low functioning in a real world sense. He did not choose to be autistic and his autism is not "a way of life". It is a disorder. He is autistic; but he did not choose to be autistic as
"a way of life".

Conor was diagnosed as autistic because of his several deficits which prompted us to seek medical attention for his lack of development. He was diagnosed at the age of 2, early for our area, at that time - 9 years ago. A way of life is a lifestyle that is chosen whether it be vegetarianism, a life spent as a deep sea fisherman, or practicing law. A way of life might be a decision to become an actor or a Buddhist but it is not a medical disorder.

If the high functioning autistic persons who blog on the internet, appear before political committees and get interviewed by CNN wish to call their high functioning autism a "way of life" that is their right even though they are using the expression incorrectly. If that bolsters their self esteem or helps them organize politically to achieve public policy goals fine. If it helps some parents adjust to their children's autism fine. But the "Autism Is a Way of Life" crowd do not have the right to speak for my son and other low functioning autistic persons and call their autism disorder "a way of life". Conor has enough challenges ahead of him in life. He should not have to shovel his way through other peoples' nonsense while doing so.
Posted by Unknown at 8:47 pm

You really give a lot to think about. My son is also eleven and has regular old autism. I find it difficult to relate to autism as some sort of political trend where they have adopted Bill Gates or other famous folk as their icons. My son has worth and value without being considered a genius or prodigy. I love my son. I accept my son. I have no wish to cure him but I do want to help him. How did autism become so complex and controversial? It seems everyone and their mother has autism these days. By being so generalized, it diminishes any meaning. My son has nothing in common with so many of the people out there saying they have autism.

I don't know what the answer is. I feel that there are too many extremes.

Thank you for posting this. I do want to think about this more.

I agree with you once again. It's just not right to treat a medical condition as a "lifestyle".

I agree with you and even more with Mom to Max. "My son has worth and value without being considered a genius or prodigy" - well said.
In fact, portraying autism as a way of life isn't in the best interest of high-functioning individuals on the spectrum, because it will make difficult for them to obtain any services they may need (http://aspergersquare8.blogspot.com/2007/08/autism-way-of-life.html)

Good points in your article:

1. Asperger's syndrome was created to pathologize intelligence. There's something really seductive from a sociopolitical standpoint, in being able to medicalize being "nerdy" and/or "insufficiently social" (which are two of the big 'indicators' for Aspergers.)

2. There's also this "genetics fetish" going on in western culture right now. "Scientists" are hell-bent on finding "genetic" answers for anything and everything -- up to and including justifications for racism (remember "the Bell Curve"?) The "mainstream" medical authorities will never consider alternative explanations to causes (or treatment) of autism, or anything else they've decided is "genetic".

3. Thus, having been convinced that Autism/Asperger's is "genetic" -- those so affected will tend to regard themselves as, essentially, a "race" or "people" --- Amanda Baggs -- a leading Autism "self-advocate" -- tends to view her autism as a "fundamental aspect of her identity". This essentially means that any attempt to cure -- or even treat -- autism is a form of "racism" on the part of (as they call us) "neurotypicals".

Your son will never get real help so long as "self-diagnosed" autism "advocates" continue spewing their bullshit.