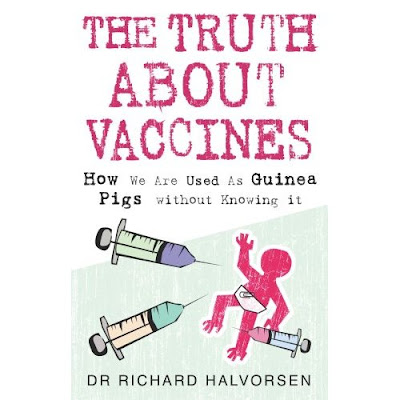 Another medical doctor has raised questions about a possible autism vaccine link. Dr. Richard Halvorsen is a British GP who spent 5 years researching the subject after being asked to write an article on the MMR vaccination.

Dr. Halvorsen questions the truthfulness of the government in addressing parental questions and states that all too often parents' understandable concerns are met with unacceptable reactions and hostility by health authorities and doctors.

"Until then I had no particular opinion on vaccines and routinely gave them to my patients' children and my own, and felt secure in the knowledge that they were safe.

"Yet when I researched and tried to get the Government's side of the story on MMR, instead of being reassured, which I expected, I was dismayed to find that evidence showing it was safe was simply not there. It had been introduced with virtually no safety controls at all."

Dr. Halvorsen states that he is not anti-vaccination and recognizes the importance of vaccines in protecting children. But he recounts discussing vaccines with a vaccine expert who said that it is may never be possible to test the safety of vaccines because so many are bundled together it is virtually impossible to distinguish the side effects of one from another. Dr. Halvorsen favors some vaccines but suggests the evidence of efficacy of some others is lacking. He advocates for the right of parents to have a truthful open discussion on the issue.
Posted by Unknown at 9:47 pm