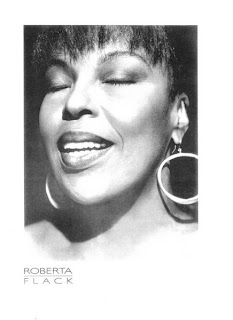 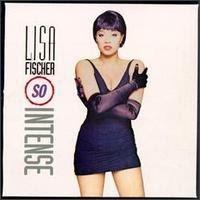 The power of celebrities to command attention can be annoying when the media focuses on the trials and tribulations of their human foibles. It can also be amazing when celebrities step forward and contribute the power of their celebrity status, and their talents, to a worthwhile cause - a fact recognized and used by Bob and Suzanne Wright and Autism Speaks to advance autism awareness and research to new heights.

In Canada Eugene Levy spoke out to advance the cause of autism and when he did the media, and Canada, listened. I appreciate it each time I learn of celebrities using their power to raise awareness, or help provide services or fund research for autism. Stamfordplus.com has a notice of a benefit for autism scheduled for Saturday, September 22, 2007 - 8 p.m. at the Palace Theatre, Stamford, CT. The event will benefit Stamford Education 4 Autism and features the incredible Roberta Flack and a lengthy list of very talented musicians. From that list I would like to highlight one other name in particular ................... Lisa Fischer.

I am not a music expert. And I have no musical ability. On my report card in elementary school my music teacher, who was a different sort of personality to begin with, would make brutal,but truthful, comments like "Harold, well, what can I say about Harold" or "Harold couldn't carry a tune in a bucket". All of which was, and remains, true. When a local autism group, FACE, (Family Autism Centre for Education), held a benefit dinner at CFB Gagetown a few years ago one of our members was feeling tired at the end of the evening and took a brief nap while seated in one of the cubicles in the Men's washroom. I am a fairly big guy and I was asked if I could get our friend out of the locked cubicle. The logistics of that exercise and the potentially embarrassing consequences of trying to crawl under the cubicle door to help the guy out were too scary too contemplate. But I used my total lack of musical ability to advantage. I began singing "Danny Boy" to the best my monotone voice could muster and our friend immediately woke up, got up and left the cubicle with every one's dignity intact. Despite my own lack of musical ability or knowledge though I love listening to music - country, rock, pop, classical, folk, jazz, blues. And when the Rolling Stones brought their Bigger Bang tour to Moncton New Brunswick in September, 2005, I was there. And that is where I also experienced the incredible voice of Lisa Fischer.

I was in awe when I saw the Stones, especially Jagger and Richards on stage. The show was the most incredible entertainment experience of my life. The Stones were amazing as were the opening acts which included, amongst others, the Tragically Hip. But the one performer who stole the show, momentarily at least, from the Stones was lead backup singer Lisa Fischer who sang a tribute to the great Ray Charles which absolutely knocked me out. Reviews of the concert mentioned Jagger and Lisa Fischer singing a duet on the tribute song "The Night Time is the Right Time" but I don't remember Jagger on that number. All I remember from that number is the incredible voice of Lisa Fischer.

I didn't know at that time who Lisa Fischer was but I now know she has been a "backup" singer with the Stones for more than 17 years, has performed with Tina Turner and is a Grammy Award winning performer in her own right. If you have the opportunity to attend the Stamford Education 4 Autism benefit on September 22 I highly recommend you do so - to benefit autism - and to enjoy an evening of entertainment led by Roberta Flack and, if you don't already know about her, the amazing voice of Lisa Fischer. I don't blame you if you don't want to take Mr. "couldn't carry a tune in a bucket"'s personal assessment of Ms Fischer's talent but I can refer you to another somewhat more credible judge of music - Rolling Stone.com (Jon Marko) commenting on the opening show of the Bigger Bang tour in Boston:

Stones Open With a Bang

Midway through the set, Jagger introduced a number by "someone who's music we used to cover when we were just starting out" and then launched into Ray Charles' "Night Time Is the Right Time." The Stones, with support from assembled support players on keyboards, horns and backing vocals, captured the spirit of Charles' signature blend of jazz, R&B, and gospel styles -- including Jagger's standout vocal duet with Lisa Fischer, whose bluesy wailings spurred the crowd to its largest reaction of the evening.

that must have been some rendition of danny boy! i can only imagine. you really put a lot into your posts...of yourself and information. i have never been to a stones concert...this is one thing i am sure i will regret in my lifetime.

does your son like to sing at all? mine sings all the time. he likes to dance as well.

i do hope you have a lovely day and i will be back to visit again.

Thank you for your kind comments. Conor does sing but only when HE wants to, at least at home. We love it when he does sing. And he is a much better sing than his "can't carry a tune in a bucket" Dad.