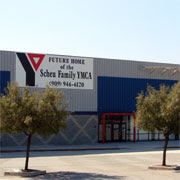 (Apologies to the Village People) 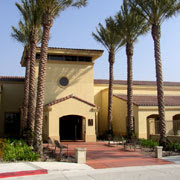 The US Department of Justice Press Release which follows provides a brief summary of a discrimination complaint brought under the Americans with Disabilities Act against the West End YMCA in Ontario, California has been settled with payment of compensation and with changes in policies by the YMCA. The complaint was brought after the West End YMCA terminated a child from its after-school child care program, according to the DOJ Press Release, because the child has autism. It is good to see, as the release points out, that the WE YMCA 'cooperated' with the DOJ in arriving at a settlement but it is sad to see that an organization like the YMCA which performs many good works would have such policies in place to begin with. Autism awareness still has a long, long way to go.

"Ensuring that children with disabilities, and their families, have equal access to reliable child care goes to the heart of the ADA's promises and protections," said Wan J. Kim, Assistant Attorney General for the Civil Rights Division. "I commend the West End YMCA for working with us, and I hope that this agreement will be a model for other child care providers."

Under Title III of the ADA, private child care providers are prohibited from discriminating on the basis of disability, and must make reasonable modifications to policies, practices and procedures to afford individuals with disabilities the opportunity to participate and benefit from the child care services. Additional information about the Civil Rights Division of the Justice Department is available at http://www.usdoj.gov/crt/. Those interested in finding out more about federal disability rights statutes can call the Justice Department's toll-free ADA Information Line at (800) 514-0301 or (800) 514-0383 (TDD), or access the ADA Web site at http://www.ada.gov.

I wonder what exactly the monitary claims were.

I can't believe that they would say it like that. Because the child had autism. But I suppose there's no way you can spin it without revealing it to be the generalization/prejudice that it is.

My son is going to the first grade this year. He is in a special class. The YMCA here offers an after school program. One of the YMCA staff members that they can not keep my son because he requires too much attention due to his autism. I've gone to various after to school care facilities and I get the same sort of response.
Can they do this to my son? Any Advise?

Was it actually because of the diagnosis, or were there behaviors that were being exhibited that became problematic? I'm always wondering if we're being given full story in these press releases.

I am not an American lawyer, and I can not and do not offer any legal opinion, but judging by the press release maybe you should talk to the DOJ in your area and bring a copy of their press release with you. If they got results once they might be helpful in your case.

Too many complaints!!!
What's the problem???
YMCA, you have to change. Otherwise, you will lose yourself.
Bad services not only at one location.Also at the YMCA of Chinatown, Boston, MA.
1. No basic training for employees. They even do not clear about what kind of pictures should take for different kinds of member cards.
2. No manager taking care of issues effectively. Sometimes no manager there. Bad manager team makes customers confused and mad.
3. When something happens, they always say that is customer’s bad decision. They do not want to welcome customers; they push them out of the door.
In one word, making customers mad is the worst decision no matter what industry.

I am the parent of this child. This press release and public settlement agreement doesn't even began to tell you what they did to my child. It was not alleged discimination. Point blank they discriminated against my son and kept on doing it until they kicked him out and tryed to have me arrested for trying to retrieve the YMCA Board Members names to see if I could plead with them and have my child allowed back in. I was denied any opertunity to appeal the YMCA decision within any of their departments. So I tryed to get my local sentor to help which didn't happen. Then I tryed to get lawyers which I couldn't find any to take the case so I filed with DOJ and Department of Fair Housing & Employment. Both cases were accepted because I had so much written documentation that pathed the way for both these agencies to see discrimination. They took these cases on behalf of my child but they are not my lawyers for my child or myself (the take the case on behalf of the United States and the other on Behalf of the State of California) so I didn't get to get the finial results I wanted with DOJ but hopeful I will with Department of Fair Housing and Employement. The fight is not over yet. Also, I receive $6,000.00 dollars if i Sign of on Appendix B of this Settlement agreement which to date I have not. What made this even worse was that my child's School Superintendent set on the YMCA board and allowed this all to happen to my child with her knowing. She never made an effort to help child or me. You can read more about this on my web page. Also, if anyone needs help with trying to do a complaint like this please contact me and I will help you. All I want is stronger policies and training and YMCA to implement some type of day care for disabled children not just autistic children any child with a disablity. Thank you Moe Mendoza
http://www.myspace.com/moemendoza