Autism & ABA in Ireland - "It's Like A Cloud Has Been Lifted" 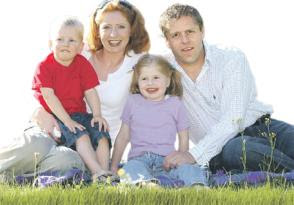 “It's like a cloud has been lifted. The programme of ABA is tailored to Robyn's needs. She is walking a little now. She still doesn't talk, but she communicates through pictures. She shows us what she wants by pointing to photos of food or toys. Robyn now shows affection too. She connects with us, and has started kissing us. That is real progress.”

Autism and ABA. The story is the same whether it is from Australia, Canada, the US, the UK, or Ireland. Spotty services. Fierce government resistance to helping autistic children and adults. Educators, who are not educated about autism and the learning methods appropriate for autistic children. Ignorance of ABA and its effectiveness in treating and educating autistic children. The story from the Independent (Ireland) which follow summarizes the spotty situation in Ireland but also shows the success that can be realized through ABA.


"Despite a lack of state help, many childhood stories of autism are of success. With the right support children can learn to interact and communicate and grow, something their parents feared they may never do

AUTISM has been in the news lately. The government fought the parents of six-year-old Sean O Cuanacháin in the High Court, arguing that they were not obliged to provide Applied Behavioural Analysis (ABA) for Sean.

The parents lost their case.

There are between 1,200 and 2,000 autism sufferers in Ireland, according to the Irish Society For Autism, and the number is increasing all the time.

“Research in the US has shown that autism levels have risen, from four cases in every 10,000 children to an alarming 30 to 60 per 10,000 children,” says Kathy Sinnott. “That would officially classify it as an epidemic.”

Autism, though, is difficult to diagnose. It's a complex condition covering a huge spectrum of behviours. Sufferers seem to be in a world of their own.

They do not interact well, they don't play with others and they have problems with speech.

People with autism fear change, and may have no sense of danger. They hate p hysical contact and they resist learning.

Early intervention for autism is vital – and therein lies the problem, because in some areas of Ireland, services are virtually non-existent.

Robyn Dagg, now four-and-a-half, was a normal baby who met all her milestones. But when she was 18 months, her parents, Tre vor and Julie, began to worry that Robyn was neither talking nor walking.

They took her to the Central Remedial Clinic in Clontarf, which ran a series of tests. Autism was suspected. When the couple took Robyn, then aged two, to Professor Fitzgerald, a renowned psychologist, he confirmed their worst fears.

“He said Robyn was on the autistic sphere and he gave us the report we needed to seek HSE funding,” says Trevor. “We were obviously devastated. We were trying to understand what we were dealing with. We needed someone to put their arm round our shoulders and say, ‘everything is going to be all right.'

“But we met with mass confusion. We didn't know where to go or who to talk to. We wanted a local service, and we had to do a lot of ringing around. Our lives were turned upside down.

“At two-and-a-half, Robyn had no communication at all. She was totally frustrated, and would be upset and screaming a lot of the time. Our son, Harry, was born around that time. We were worried if he would be OK.”

“It's like a cloud has been lifted,” says Trevor. “The programme of ABA is tailored to Robyn's needs. She is walking a little now. She still doesn't talk, but she communicates through pictures. She shows us what she wants by pointing to photos of food or toys.

“Robyn now shows affection too. She connects with us, and has started kissing us. That is real progress.”

Barnacoyle, though, is the school offering ABA that was featured in the recent court case. The government, while happy to fund the 24 preschool age children, won't sanction them once they reach school age.

Yet many children with autism are not ready, at five, to move to mainstream school. According to Harry Cullen, acting CEO of St Catherine's, there are currently nine children at the school who do not receive H S E funding.

“And next September there will be another five,” says Cullen.

When 22-year-old Patrick Doyle from Knocknacarra, Co Galway, was diagnosed with autism, services were almost non-existent. Patrick has never received appropriate education and his parents, struggling to cope with his antisocial behaviour, have had no quality of life for years now.

Members of the Parents & Siblings Alliance, they have been lobbying the government to no avail.

“Patrick is in residential care for part of the time,” says his father, Gerry, “but they are short of staff there and he doesn't have any of the stimulating and physical activities that he so badly needs. He can be aggressive. We have no life.”

Mary and Eamon Bennett live in Tarmonbarry, Co Roscommon. It's one of the best areas for services and that's just as well because three of their four sons have autism.

“When we found out that Michael, now 15, had autism it was a huge shock,” says Mary. “Little was known about it back then. When the younger two, Eamon, now 12, and Peter, nine, were diagnosed with it too, it was unbelievable. thought, ‘was one not enough?’ ”

Michael is the most severe. He has no speech, and since having an epileptic fit last year, he is prone to rages.

“Michael and Eamon go to a special school in Castlerea. The staff there are brilliant. Eamon is doing really well. He is academically bright and is brilliant on the computer.”

As for Peter, thanks to early intervention he attends a national school and is doing really well.

Michael, Mary feels, will always need to go to a special centre. “He has a lot of behavioural problems but there is a good centre in Strokestown. He will be able to go there for activities during the day and come home at night. There are residential facilities there too.

“I can see Eamon working in an office, doing accounts perhaps, and I think Peter might be in a trade.”

Mary is full of praise for all the help and services she receives. The couple get a weekend a month of respite care, and an extra Saturday. “That's enough,” she says. “They are my children, so I have to look after them too.

“Last Sunday Peter made his First Communion. He sang at mass and he brought up the gifts with all the other children.

“Everybody who has been involved with helping Peter, from the days he received early intervention, were at the service. There wasn't a dry eye in the church. They all came back to the house and hugged us and him. It was wonderful,” she says.

ABA is a system of autism . treatment based on behaviourist theories. Behaviours are taught through a system of rewards and consequences.

ABA breaks each learning task into several sub-tasks. To teach a child to write on paper, the child is first taught to pick up a pencil. Then the child locates the pointed end and learns to connect with the paper. The number of sub-tasks varies between children. The system looks at a child's behavioural pattern and works out a specific package to suit them. But the package will change. If successful, the child will need to move on to something else.

ABA is not a cure or a magic solution. There are no magic solutions for autism. But most children with it can be helped by ABA at some stage."