Andy Scott Speaks On Autism In House of Commons 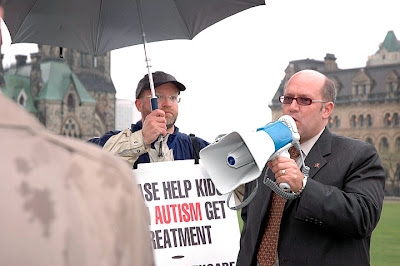 Fredericton MP Andy Scott continued his efforts on behalf of persons with autism with this statement in the House of Commons yesterday, June 5, 2007.

The Conservatives should move off their default position of jurisdictional excuses, show creativity and compassion and start helping these Canadians.
Posted by Unknown at 12:41 pm

I've spent the cash on a couple of used Leopard tanks and a new fashion consultant... no cash left for the kids... off to Vancouver I go for a few matinis with my pal Gordo after which I think we will take the Beamer out for a spin.