A Questionable Autism Partnership, Has Autism Speaks Sold Its Voice? 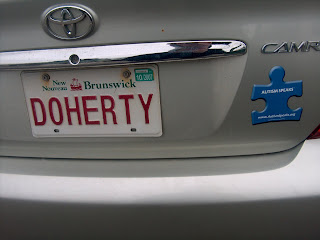 Autism Speaks has made tremendous contributions in raising autism awareness to a world level including helping to establish the first annual World Autism Awareness Day, April 2 by UN General Assembly Resolution. It's promotion of autism research has been a significant factor in spurring an Autism Knowledge Revolution. It has used the first class media savvy and connections of Bob and Suzanne Wright to help inform and educate citizens and public authorities around the world. I have been an admirer of Autism Speaks. My Camry even sports a blue Autism Speaks magnetic puzzle piece. But now comes news of a partnership between Autism Speaks and Nutricia North America, a company which produces hypoallergenic medical foods. "Under the partnership, Nutricia will sponsor 26 Walk Now for Autism events nationwide. The grassroots program is a signature fundraising for Autism Speaks". For me this raises questions and causes me to ask - has Autism Speaks sold its voice?

“Many parents are interested in CAM treatments such as various vitamin and mineral supplements, chelation therapy, and diet restrictions. It’s important for pediatricians to maintain open communication and continue to work with these families even if there is disagreement about treatment choices, ” said co-author of the reports Scott M. Myers, MD, FAAP. “At the same time, it’s also important to critically evaluate the scientific evidence of effectiveness and risk of harm and convey this information to the families, just as one should for treatment with medication and for non-medical interventions.”

Studies may eventually provide the evidence to support the claims of effectiveness of gluten-free/casein free diets but those studies should be as independent and objective as possible if they are to be persuasive. On this blog site you will not see any of the commercial advertising that is featured on larger, better known, autism/neurodiversity blogs such as Autism Vox and About.com:Autism. I choose to comment on autism free of the need to keep up visitor totals, Google or Technorati rankings, in order to generate advertising revenue. Such considerations can influence the content of what is posted.

Studies of the effectiveness of glutein/casein free diets in treating autism represent positive developments in seeking more treatment options for autism IF those studies remain free of undue influence. And IF the association in the public mind of such diets with Autism Speaks does not give them a free pass to acceptance as effective autism treatments without the evidence.

autism
Posted by Unknown at 6:06 am

Hi Harold,
So many people swear by the GF/CF diet that I can't knock it. The idea is to heal the gut first.

My kid endured about 5 years of painful constipation that vanished in less than two months of chelation. That was four years ago. He hasn't been constipated since. I treated the cause, not the symptoms. That part of the problem is fixed.

Autism Speaks will never admit that this is possible because it would hurt Bob Wright's friends in the drug industry.

Hi Harold,
big charity = big business , in the UK the NAS often promote Thomas the Tank Engine and their events sponsor is a provider of residential care. This always puts doubt in my mind if they are working in the best interest of the membership or have a corporate plan with the partner.

Unlike you, I have disliked Autism Speaks for a long time (which is no wonder, because I am in the Neurodiversity camp).
I was outraged by the way they acted against a young autistic who made a parody of their site. Many people here in Europe are very sensitive against any attacks against free speech.
There is a statement attributed to one of Autism Speaks' founders, "Autism knocked on the wrong door" (referring to her grandson's diagnosis). I find it clearly disrespectful to other families with autistic children, and showing the arrogance so often observed among the rich and successful.
The good side is that they give money for research, and I am all for research, even if it doesn't benefit autistic people.