Autism and the DSM-V in Public Life and Discussion 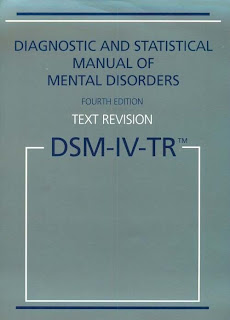 The DSM-IV-TR, the current version of the Diagnostic and Statistical Manual of Mental Disorders, published by the American Psychiatric Association, is currently undergoing revision and will ultimately be replaced by the DSM-V. The Report of the DSM-V Neurodevelopmental Disorders Work Group, Susan Swedo M.D., November 2008 lists various issues being examined by that group, many of which could have a dramatic impact on public understanding of what constitutes autism. I strongly encourage everyone with an interest in autism disorders to read this summary report.
Autism as a distinct disorder category began with the 1980 DSM-III, described initially as infantile autism and revised to autistic disorder in 1987. The DSM-IV revision added the "pervasive developmental disorders" which are commonly described today as the Autism Spectrum of Disorders. Asperger’s Disorder, Rett’s Disorder, Childhood Disintegrative Disorder, and Pervasive Developmental Disorder Not Otherwise Specified (PDD-NOS) were added to autistic disorder in this category.

The addition of these additional categories dramatically increased the numbers of children being diagnosed with "autism". A major controversy has ensued over whether the astonishing increase in autism diagnoses is due entirely to this expansion combined with greater social awareness as some believe. Others hold to the view that environmental causes or triggers, particularly vaccines, have contributed, in whole or in part, to the dramatic upswing in autism diagnoses.

Personally I think it is obvious that a substantial portion of the increase is attributable to the expansion of the diagnostic categories of autism in the DSM. But I do not think sufficient research has been done to conclude that the increases are due entirely to the definition changes. Even on the vaccine theory I have never accepted that either side of that debate has been made conclusively.

Another controversy generated by the expansion of the definitions of autism has arisen from the grouping together of persons with normal and even exceptional communication and functioning abilities with persons like my son who has limited communication and functioning ability. From this grouping has arisen a group of high functioning, anti-cure, anti-treatment, autistic persons with excellent communication skills and with an aggressive social/political agenda. Some have appeared before courts, political bodies, in the mainstream media and on the internet to wage political warfare against parents seeking to help their own, generally more severely disabled, autistic children.

The Report states that there are several questions still under discussion for Autism Spectrum Disorders:

1) How to describe the “spectrum” of disorders now known as ASD (e.g., how many domains will define the disorder);

2) What is the specificity of repetitive behaviors in ASD and how might they be better defined;

3) Whether Childhood Disintegrative Disorder (CDD) is a unique and separate disorder, and if so, what are its defining characteristics;

4) Whether autism is a life-long diagnosis or whether it is possible to recover/remit to the point where the diagnosis is no longer applicable;

5) Whether Asperger’s disorder is the same as “high-functioning autism”;

6) How the DSM-V can alert clinicians to common medical comorbidities (including genetic disorders, epilepsy/EEG abnormalities and sleep, or GI problems) and potential biomarkers;

7) How to include consideration of severity and impairment in diagnosis (currently defined as “qualitative impairments”) and how to integrate these with the overall structure of DSM-V; and

8) How/where to discuss cultural influences on diagnosis (e.g., Korean use of reactive attachment disorder rather than ASD to avoid family stigmatization).

These are all important issues and, like most autism discussions, will undoubtedly generate considerable controversy when the DSM-V is finally released.

I think the following that I included in a longer message on another blog is relevant to this blog entry:

For about four and a half decades I have been actually assisting persons with all types of disabilities, and not just with autism. Many of the persons I am currently assisting have a diagnosis of mental illness but based on my own extensive experience I believe that some might now receive a diagnosis of autism under the much broader new definition of diagnosis since the early 1990s, which according to a 2005 scientific article co-authored by Michelle Dawson has resulted in a several-fold increase in the number of persons diagnosed with autism.

My own son Ben, age 36 completely nonverbal and considered "low functioning," was diagnosed with autism under the much narrower old definition in January 1977 before his fifth birthday by Dr. Peter B. Rosenberger, a pediatric neurologist at Massachusetts General Hospital, to whom I was referred by Barbara Cutler, the mother of Rob Cutler of Arlington, Massachusetts. According to information I have read from websites that Michelle Dawson posted, Michelle Dawson at about age 30 in the early 1990s was first diagnosed with autism under what I understand to be the much broader new definition by an unnamed psychologist whose credentials as an autism expert are not disclosed.

I probably would not have been diagnosed under the "old" criteria Mr.Golden mentions.I was originally diagnosed in the 1970s,with developmental delay,childhood schizophrenia,NVLDs (I have all four.),and assorted other disorders ,but basically what I had was 90% of classic autism,except I was verbal.I was rediagnosed with atypical autism,after my disease improved as an adult.It only made sense to consolidate my diagnoses.

I still have to fight mental health people who want to put me in an institution,or group home,BTW.I am obviously unable to work.And unlike
Ms.Dawson,I am more than willing to supply names of all the doctors I see.

Yes,there is a lot of overdiagnosing going on out there, especially when it comes to Asperger's,and HFA.I doubt if many of the people who post at places like Wrong Planet have any form of autism at all.

But there are also people like me who are only a symptom or two removed from true classic autism, that should be diagnosed.

I am all for removing Asperger's/HFA from the spectrum.I think if Dr.Asperger could come back today,he would be shocked and apalled at some of what is being done in his name.