Not So Distinct: Quebec's Long Waits For Autism Treatment 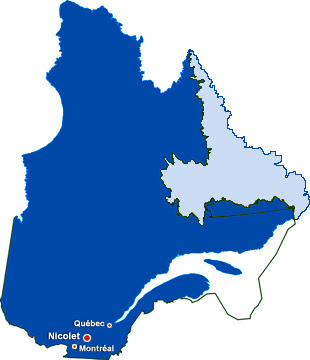 "Once ABA therapy stops and kids enter school, the WMRC offers several other services such as anger management, respite and more social skills groups, but at reduced hours.

“We stay implicated, we see how they are doing in school,” said Moxness. “The ages between two and seven are the best time for ABA. Six years old was chosen as the cut off year because it coincides with kids entering schools. The decision was more administrative than clinical.”

Nevertheless, the Oliver’s and Mason’s are concerned about their son’s future. “The cut off (from ABA) at six years old is ridiculous,” said Mason. “ABA costs $100 to $150 per hour, right now I can’t afford it, so I’m taking full advantage.” "

With long waiting lists and an arbitrary age 6 cut off for provision of ABA services Quebec has much in common with its neighbor Ontario.

When it comes to frustrating the efforts of parents to obtain evidence based, effective treatment for their autistic children, Quebec is not quite the distinct society it purports to be.