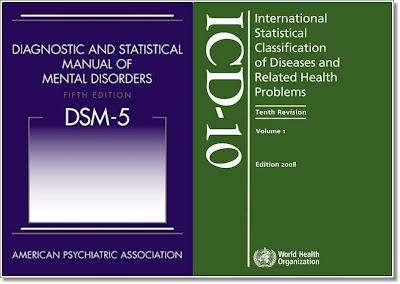 Anyone  described as "having autism" or "being autistic"
would have received an autism disorder diagnosis
pursuant, in all likelihood, to either the DSM or the ICD


My 17 year old son Conor who was diagnosed 15+ years ago with "autistic disorder" (now autism spectrum disorder) and profound developmental delays ( a euphemism for intellectual disability) is truly a gift. Conor brings great joy to our lives as shown on the sample pictures that follow.  While Conor is a joy, however, his autism disorder is not.  Nor is his autism disorder a GIFT or a SUPER ABILITY. 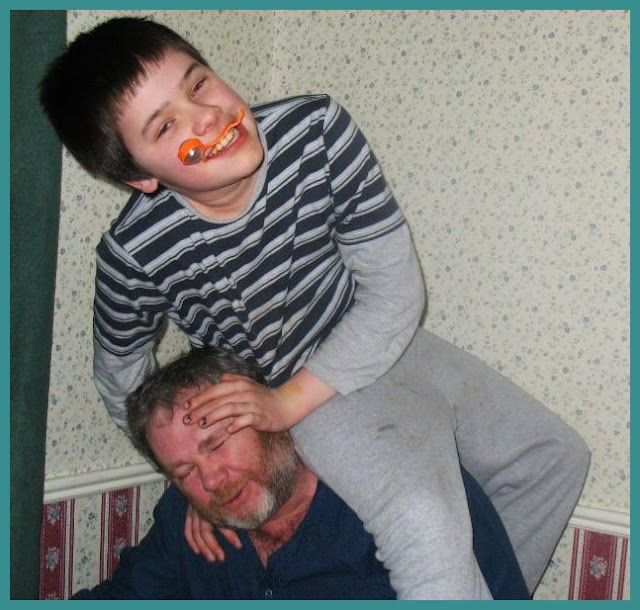 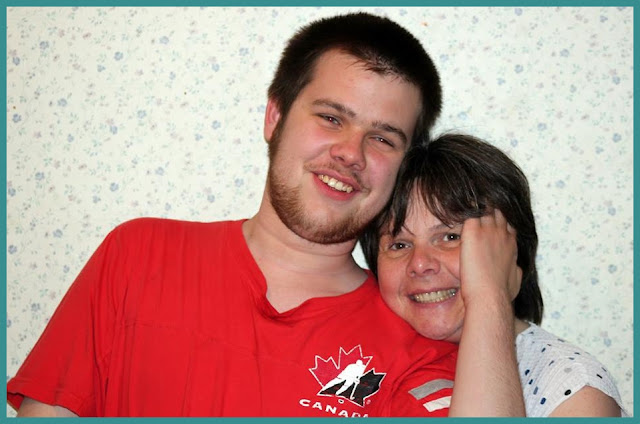 Conor's autism is a disability and a disorder and that is WHY he received a medical diagnosis of autism (autistic disorder).  While there may be some autistic individuals with special gifts he is not one of them.  Conor is one of the 40% of persons with autism and intellectual disability.  As you probably know that combination also makes him more likely to suffer from epileptic seizures and indeed Conor has suffered two grand mal seizures in six months.  He also suffered a life threatening reaction to his anti-seizure medication at the time. Other challenges brought by his autism disorder are wandering, self injurious behavior (self biting and head banging) and obsessive behaviors.  There is abundant literature indicating that those with autism, ID and epilepsy are at particular risk of shortened life expectancy.

Drake and Cole deserve to be admonished for their denigration of persons with autism AND for their denigration of persons with intellectual disabilities.  The solution, however, is not to circulate a petition which claims that autism is a gift or a super ability. In doing so you mislead the public about serious, challenges faced by the vast majority of persons with autism DISORDERS.  If you continue to misrepresent autism to the world you will probably cause harm to people like my son who in fact suffer from their autism disorders.

I have been advocating publicly in my home province of New Brunswick, Canada for 15 years with other parents and we have achieved some success in ensuring that NB children with autism receive evidence based early intervention and that autistic students receive assistance from autism trained education assistants and resource teachers.  I have visited two psychiatric hospital facilities and met severely autistic adults living out their lives in those institutions and I continue to advocate for modern residential care and treatment options for adults with autism.

Any successes we have achieved, or hope to achieve, are based on presenting accurate, informed, evidence based portrayals of the realities of autism disorders to government decision makers and to the public at large.  Portraying autism as a gift misleads everyone about the real challenges faced by many with these very serious disorders.

Please reconsider your misleading public characterization of autism as a gift and super ability and acknowledge clearly that autism disorders are exactly that ... disorders.  My son is a gift, his autistic disorder is not.

I too have a son who is disabled, not autistic, but a drowning survivor; 25 minutes under water at 12 years ols, now 27. He is a gift, before and after his accident. He cannot speak, move nor do anything without it being done for him
He was always a gift; all of our kids a gifts, disabled or not. He is a complex of severe physical and intellectual diagnoses. We have worked hard for 15 years to mitigate these issues, to make him more comfortable in his body. He is however a true, complex bona fide health disorder.
I believe that autism is a neurological disorder, and not something people like Kennedy would make it appear.
I have enjoyed your post and endore most ardently your position. Thanks for articulating it so clearly.