Autism`s 40% With Intellectual Disability? Auti$m $peak$ Doesn't See YOU, Doesn't Speak For YOU! 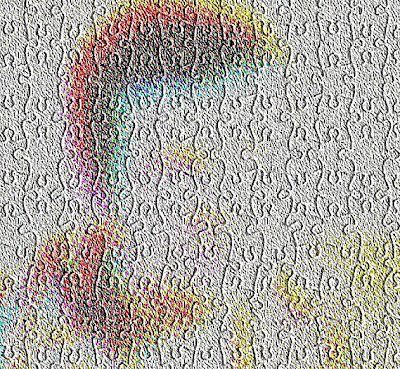 Autism Speaks has done much to create publicity around the word autism, the color blue, puzzle pieces and ... some very talented, high functioning individuals with autism diagnoses like Alex Plank and J. E. Robison.  In terms of its public statements and presentations though it does little to nothing to  raise awareness about one very basic fact: autism has a very close relationship with intellectual disability to the extent that 40% of persons with autism spectrum diagnoses (DSM-IV) also have intellectual disability.

Autism Speaks chose not to stand up for the intellectually disabled members of the "àutism community" even though they were  expressly  maligned in the original lyrics:

This is not the first time Autism Speaks has chosen to ignore the intellectually disabled 40% while promoting the very, very, very high functioning elite members of the autism spectrum like J. E. Robison and Alex Plank.  There is almost never any mention of the intellectually disabled in promotions and news releases by Autism Speaks or on their web site.  I have previously noted that Autism Speaks has only reluctantly acknowledged the existence of intellectual disability on the About Autism section of its web site burying mention of 40% with ID in the middle of the page, book ended by references to those with high IQs and abilities.

In the "rapper incident" AS went further than just ignoring those with autism and intellectual disability.  They implied that persons with autism, all persons with autism, are in fact talented, successful people.  They were ashamed to mention and defend the 40% with autism and Intellectual Disability.  The rappers have offered sincere apologies and taken steps to address the issue by changing the lyrics.  Rapper J.  Cole even acknowledged the existence of those with severe autism and their families.  By their actions Drake and J. Cole have shown themselves to be ahead, light years ahead of Autism Speaks in caring about ALL persons on the autism spectrum including the 40%  intellectually disabled.
Posted by Unknown at 7:43 am

I happen to be among the majority of autistics that aren't either practicably gifted or super-smart. I spent many a years to get to the level of functioning I am now. Even now, I happen to have problems, such as being accepted by my peers, ADD, OCD,etc. I fantasize a lot about the life that was taken away from me before birth. Autism Speaks isn't so much a charity as such, as a private research arm for the American corporate medical complex. After all, if they really wanted to cure autism, they wouldn't make any more money from treating symptoms, even with 'Obamacare' in place. Autism Speaks sure doesn't speak for me.