Autism Speaks Joins Drake And J.Cole In Insulting 40% With Autism AND Intellectual Disability 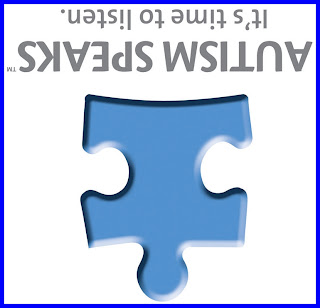 Autism Speaks has joined rappers Drake and J. Cole in insulting persons with Intellectual Disability particularly the 40% of the autism spectrum with intellectual disability.  The rappers had published song lyrics referring in an insulting manner to persons who are "autistic, retarded".  Autism Speaks did not simply criticize the rappers for denigrating persons who were autistic or intellectually disabled. Autism Speaks criticized the rappers for perpetuating negative stereotypes and for failing to recognized the many persons with autism and "other" disabilities who have enjoyed great success and talents.

Presumably it would have been OK in the view of Autism Speaks if the rappers had mocked only the 40% with intellectual disabilities or those who were not successful or did not display exceptional talents.   It is not clear to this father of a severely autistic son with profound developmental delays, who lacks an exceptional talent, who Autism Speaks for but it clearly does not speak for my son.

There are no doubt many in the high functioning end of the autism spectrum community who would  be insulted by the rappers lyrics ... my son who would not understand the lyrics is not one of them. I love my son and I take insult at the smarmy lyrics of Drake and Cole simply because they intended to insult persons like my son who are autistic and/or intellectually disabled not because they failed to recognized the talents and intellects of higher functioning persons with autism disorders. I am also ticked off, but not surprised, by Autism Speaks for essentially endorsing the rappers mocking of intellectually disabled a term which does not even appear in the Autism Speaks criticism.   Nowhere are autism's 40% intellectually disabled more invisible than within the Autism Speaks agenda:

AGREED! A person is not valuable because of their "success" or "IQ." Each person has inherent value as a human being. The rappers have equated autism with intellectual disability. And in some cases, the two go together.

Their response does not make any sense and is ill-thought out. Thanks for sharing.

I know the song that you're talking about. They also joke about Columbine too, so obviously these two losers have no intelligence. And it just goes to show that millions of dollars can't buy you class.

Spot on Harold! My gal will never be "successful" in the conventional way, but her life is a damn sight more impressive than that of rappers with no brains and ill-spoken "representatives" of a certain organization.

Let me make a correction for those who have not been paying close attention, Autism $peaks started the "Autism is the new R-word campaign" staring Holly Robinson Pete, and Black BAD boy actors. This is a publicity stunt.

Rap music will always use mainstream words in a controversial way. The songs are meant to get people talking. There are many other words in this song that can be hurtful to others. That's rap music.
Autism speaks comments on the subject is another thing.

Rappers Like J cole and Drake are very influential rappers incouraging stereotypes towards Autistic people was wrong, but I feel that rap music has always been offense and insensitive to many things. Autism speaks shouldn't have acted like their cause is more superior than others