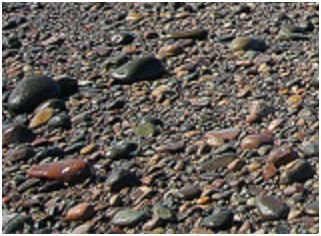 She is using different metaphors but Alison Singer is regurgitating her beliefs that numerous studies have been done disproving any vaccine-autism connection and now it is time to move on. Ms Singer was interviewed by Newsweek.com immediately after her clandestine vote to help reverse a previous Interagency Autism Coordinating Committee vote authorizing vaccine-autism studies. In an interview published online today on The Observer (Guardian.co.uk) Ms Singer repeats the black and white conclusions she offered at that time using some more colorful language:

"If you keep looking under the same rock, you're going to keep finding the same thing. Over and over, the science has shown there is no causal link between vaccines and autism. It's time to look for answers in new and different places."

Alison Singer, The Observer, January 25, 2009
Ms Singer will undoubtedly give more interviews rationalizing her decision to help prevent credible vaccine-autism research. Hopefully she will do more than regurgitate the same points and offer some informed responses to those very credible sources, like former American Red Cross and NIH head Dr. Bernadine Healy, who have articulated compelling arguments for further studies of possible vaccine-autism connections.

But Ms Singer is on the right track this time. There is wisdom in her comments about looking under different rocks. That is exactly what the Interagency Autism Coordinating Committee had decided to do in December 2008 before Ms Singer joined IACC officials in reversing that December decision. Ms Singer with her vote helped prevent new rocks from being lifted, new information from being found.