I was contacted a while ago by an individual using the pseudonym Milburn Drysdale. He let me know about an autism site he had started called Autism Funding in BC or Autism Funding for Dummies. At first I figured one of my friends at the Autism Hub was trying to play a joke on me. For those too young to know Milburn Drysdale was the name of the Clampett's wealthy banker, played by Raymond Bailey, in the '60's sitcom "The Beverly Hillbillies". 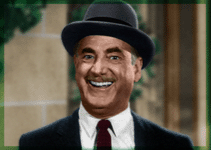 Raymond Bailey as Milburn Drysdale
The Beverly Hillbillies
The site is legit though and Mr. Drysdale offers some very helpful financial and other resource information and links for families with autistic children in British Columbia and elsewhere in Canada. If you live in Canada and have an autistic child check out Autism Funding in BC or Autism Funding for Dummies. Tell them Jethro sent you.