On Autism and Vaccines I Have Changed My Mind 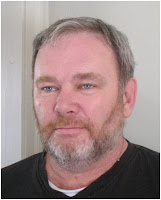 Undecided
I have changed my mind about autism and vaccines. That fact alone probably puts me in a very small group amongst the many people who have discussed, debated and fought over the question of whether vaccines cause autism.

For many years I accepted without serious question the assertions of various health authorities that there is no vaccine-autism connection and that the possibility of such a connection had been disproved by epidemiological studies. Events over the past couple of years have caused me to reconsider my thinking about a possible vaccine-autism connection. I have not reached the point where I think it is proved that vaccines cause or contribute to autism but I have reached the point, once unthinkable for me, that I believe that such a connection is possible. If CNN's John King was doing one of his Magic Wall commentaries he would move me from the "vaccines do not cause autism" camp to the "undecided" camp.

Most of the events that have moved me to question the official position on vaccines and autism are well known:

2. The reaction to the Poling case by Dr. Julie Gerberding and other officials and the dubious attempt to distinguish between "autism" and "autism like symptoms".

3. Dr. Bernadine Healy's comments concerning the limitations on the epidemiological studies, the need to conduct lab and clinical studies, the fact that mercury/thimersoal is still contained in some vaccines, including some given to pregnant women.

4. The fact that there are still "trace" amounts of thimerosal in most vaccines and more than trace amounts in others (see the FDA web site) including those given to pregnant women. (What studies actually prove that "trace" or "small" amounts of a mercury based substance injected directly into a child can not cause neurological damage?).

5. The fact, and it is a fact, that public health authorities discouraged clinical /biological research into possible vaccine autism connections as they expressly did at page 152 of the 2004 IOM Report on vaccine safety.

These are the facts that have led me to move away from my acceptance of official proclamations that a vaccine autism connection has been disproved. I have not accepted yet that vaccines or thimerosal cause or trigger autism. But I do have an open mind on the subject and I do believe that more research, beyond epidemiological studies must be done, on vaccine, thimerosal and other possible environmental causes and triggers of autism.

It is foolhardy to pretend that we know all there is to know on the complex questions surrounding the causes of autism disorders. Unless we do the research we will never know and will never find possible preventative measures and cures for autism disorders.

Welcome to my world!

If you get a chance, listen to me make a few similar points on our local talk radio on the CJOB audio vault. I'm lowly the caller on around 10:30.

To hear cjob's show on autism, here is the link. Enter Tues Jan. 13th and 9 am. The topic goes from 9 to 11. I'm on between 10:30 and 11 and I addressed the issue of a potential relationship between a potentially vulnerable subset of children at risk to have autism triggered or worsened by vaccines. There were a wide range of topics covered on the show, including some misinformation about ABA. Harold - you'll love it! lol
http://www.cjob.com/StationShared/AudioVault.aspx

I agree with you. I have changed my mind too.

This is a confusing and very controversial issue. This post would be more helpful to the many folks who are new to this issue if you cited the sources, specifically website links, for your statements of fact. You are doing a lot of reading and research, help us see exactly what you have found. (The jiglu tags aren't enough.)
Thanks for your efforts and advocacy.
Michael

That is All I ask that people are open to real research. Then the next step is... Should we not err on the side of safety. Remove all the thimerosal? Demand studies that examine interaction. Require full disclosure and informed consent. Eliminate lobbyists. Separate Vaccine regulation, Vaccine oversight and safety

Thanks. Your the greatest. I don't commnent much, but I read every single blog post you write.

It's not often somebody on the interent changes their minds - so congrats on that at leas - an open mind is always a good thing to have.

I have my doubts about the vaccination programs too, not in relation to their efficacy in protecting society against harmful illnesses, but in relation to the possible side effects on a (perhaps tiny) segment of the population succeptible to neurological disorders like autism.

To my mind there is a suspicion in relation to vaccines and autism and the burden of proof must lie with the authorities to disprove the connection as they have done with the MMR jab. Until then, parents of children from families affected by autism have a difficult decision to make. In my own case we opted to have all the vaccinations, but spread out over a much longer period than recommended by the authorities and with separate jabs where possible. I can't pretend though that in alllaying our fears of autism in our youngest child we did not just replace them with fears of measles or whooping cough. You pays your money and you takes your choice.

I agree with Michael,the Jiglu tags are very annoying. I no longer click on them anymore.Direct links would be better.

One thing that seems to be overlooked when people discuss the Poling case,is Dr. Poling's daughter either had overt mitochondrial disease,or a premutation for mito,that was aggrivated by the vaccines.

In all of the discussion of the case,this has been mentioned very little.There is a fairly good body of evidence that suggests children with mito, should not receive any vaccines.

Mitochondial disease,which it looks like I have,is just one cause of autism,that has been identified. There are many others that have not been identified yet.Autism,like retardation,does not have one single cause.

While I am firmly in the "vaccines do not cause autism" camp,I think there is something to the notion that there are chemicals that may cause some forms of autism,that nobody has investigated yet.

Every form of autism that the cause has been identified for is genetic.We can identify at what point in the pregnancy such mutations take place.
Which is why the vaccine theory really makes no sense at all.Who is to say,there are not certain things a pregnant woman is exposed to,that would cause autism,in a previously normal fetus.Sort of like fetal alcohol syndrome.Some chemical in the environment,or something people are ingesting, that is commonly found today,but wasn't around thirty years ago.

Are pregnant women in North America recommended to take Folic Acid suplements? If so, since when?

The Public Health Agency of Canada does recommend folic acid. See their web sit at:

I don't know when such advice began. I do know that my wife was advised to take folic acid supplements when pregnant with our first son who is now 14 1/2.

Thanks for your suggestion. I have provided links and quotes with respect to the asserted facts in previous comments but will provide links again.

We were advised a number of years ago that my wife not take folic acid suplements for our youngest child given the indicence of autism in the family. Interestingly, we were so advised more or less off the record by a state employed Geneticist and not by some stranger on the web. As with the vaccines I am in no doubt as to the benefits of folic acid for most of the population but I wonder is there a subset for whom it is not recommended? I often wonder if the advice we were given is still given to parents of children with autism? At the time the Doctor said there was no published evidence supporting the advice but that research was ongoing, but a google now (3 or 4 years later) doesn't show any results that I can find, just more research.

God bless you for your honesty, Harold! I am also undecided, though I am leaning more towards the affirmative.

Contrary to the ignorant emotionalism that the other side projects, I have spent a lot of time looking at the govt. report on mercury as well as the research connected to these issues & am puzzled at how anyone can say this issue is black & white - never mind settled.

However, when "the other side" uses Wizard of Oz techniques (accept what we want you see, just don't look behind the curtain) as well as ridicule and demonization of the opposition, that sets off alarms that there is not much else for them to work with.

There are so many potential possibilities both directly & indirectly related to vaccines.

How can we ever arrive at the true answer about vaccines if we are not even allowed to consider them at all? Suspicion grows in such a fertile field...