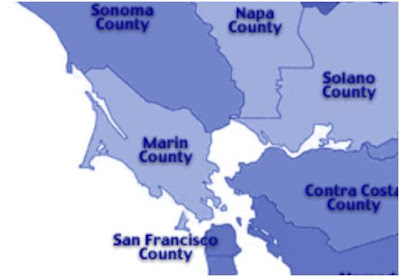 From coast to coast, across North America, autism is rising. In the United States, from South Carolina facing the Atlantic Ocean to Marin County, California, facing the Pacific, autism is rising and schools are struggling to meet the challenge of educating autistic children.

In Tsunami' of autism cases crippling to Marin parents, schools Rob Porter of marinij.com (Marin Independent Journal) reports on the struggles of parents and schools in Marin County, California, trying to provide an education to autistic school children whose numbers in Marin County have doubled from 76 in 2001 to 152 in 2008. The article is balanced quoting sources who explain the dramatic increases in autism diagnoses on the basis of the 1994 DSM changes which lumped Aspgergers Disorder together with Autistic Disorder but also quotes Robert Herndon, executive director of the Medical Investigation of Neurodevelopmental Disorders (MIND) Institute at the University of California at Davis who doesn't buy the belief that the DSM changes are a complete answer and points out that we really don't know at thist time what is behind the increases:

"The reason it's such a controversial question is that if we say autism is primarily a genetic disease, then we shouldn't be getting more of it. Genes don't just change - something in the environment has to interact with them. Some people don't want to think there is anything bad in the environment, while some want to say the environment is terribly toxic and that explains it. The truth is that we really don't know about any of them. There is no smoking gun. "

The truth is also that research into possible environmental causes of autism has been discouraged until fairly recently. That has been changing though and in 2007 the University of Minnesota aptly described a new paradigm for autism research, an autism research paradigm shift based on the possible interaction of genetic and environmental factors:
is poised for another paradigm shift, from an irreversible condition to a treatable disease. In the revolutionary paradigm, is not a rare disorder with a constant rate but frequent condition with a rising incidence. It is a combination of environmental influence and genetic vulnerabilities. It is both preventable and treatable, not by any one method but by a combination of behavioral and biomedical approaches. Autistic kids are not defective, they are sick but otherwise normal kids, and thus, recoverable.

I have Asperger Syndrome at quite a "disabling rate". My observations is that it (autism) is indeed a way the human species developed to "rebel" at the artificiality of our environment. If whoever reads this is interesting in finding out how I came to this observation, feel free to contact me, a_ldavin@yahoo.com or (415)257-8839
Anne-Laure