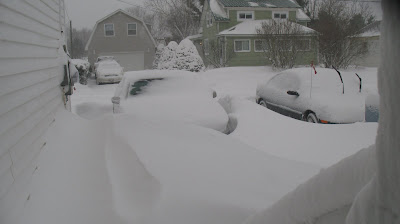 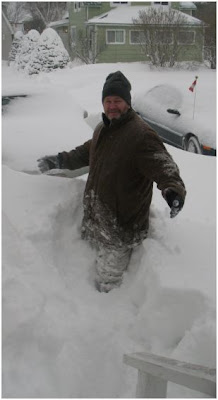 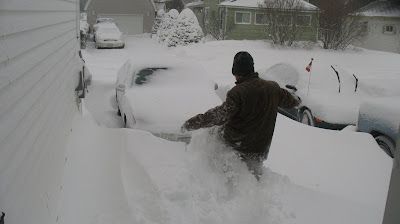 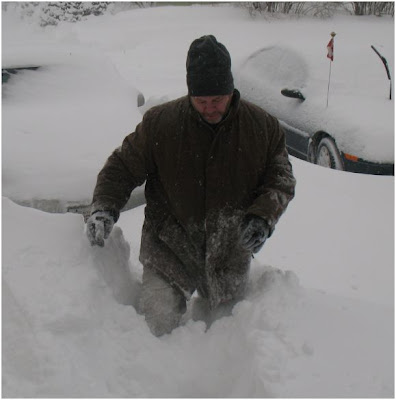 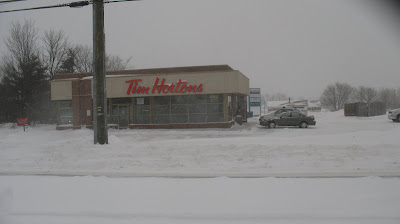 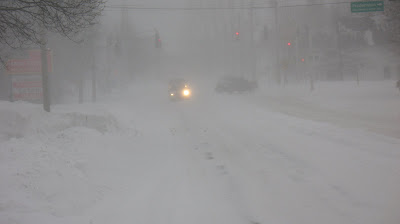 Fredericton got hit last night and this morning with a good old fashioned blizzard as part of the winter storm that hit across Canada and the northern United States. As reported on CBC:

The thick blanket of snow that covered New Brunswick overnight has left thousands of people waking up to no power.

NB Power is reporting 46 storm-related incidents that are affecting about 7,477 customers. Most of the outages are being felt in the Fredericton area, where there is a transmission outage affecting 5,188 customers.

The Fredericton Airport was reporting more than 28 centimetres of snow on the ground early Monday morning. The snow was continuing and Environment Canada projected that another five centimetres could fall before it stopped by late morning.

Environment Canada issued a blizzard warning for the region around New Brunswick's capital. High winds combined with the snow were expected to create whiteouts.

The RCMP in New Brunswick are warning people to stay off the roads Monday morning.

Conor preferred to stay warm and cozy in the house instead of going for a blizzard walk with Dad. Just as well. Conditions on the roads are bad this morning but not bad enough, despite the RCMP warning, to keep some "hosers" from heading out for a coffee at Tim Hortons, eh?

Oh my...I canlt get over the drifting in your yard!!

Yeah, it blew up pretty good during the night.