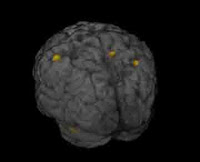 A study led by Manzar Ashtari, Ph.D., from the Children's Hospital of Philadelphia in Pennsylvania, and presented at the annual meeting of the Radiological Society of North America (RSNA) suggests that the inability of autistic children to relate to people and life situations in an ordinary way may be the result of an abnormally functioning mirror neuron system. 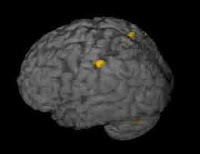 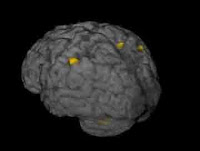 The abstract of the study Gray Matter Enlargement in Children with High Functioning Autism and Asperger Syndrome Using a Novel Method of Diffusion Based Morphometry is available on line. The study included 13 male patients diagnosed with high-functioning autism or Asperger syndrome and an IQ greater than 70 and 12 healthy control adolescents. Average age of the participants was about 11 years. Each of the patients underwent diffusion tensor imaging (DTI), a technique that tracks the movement of water molecules in the brain..

DTI is traditionally used to study the brain's white matter, as well as the brain fibers. However, Dr. Ashtari's team applied it to the assessment of gray matter by employing apparent diffusion coefficient based morphometry (ABM), a new method that highlights brain regions with potential gray matter volume changes. By adding ABM to DTI, the researchers can detect subtle regional or localized changes in the gray matter.

In addition to the gray matter abnormalities linked to the mirror neuron system, the results of this study revealed that the amount of gray matter in the left parietal area correlated with higher IQs in the control group, but not in the autistic children.

"In the normal brain, larger amounts of gray matter are associated with higher IQs," Dr. Ashtari said. "But in the autistic brain, increased gray matter does not correspond to IQ, because this gray matter is not functioning properly."

The autistic children also evidenced a significant decrease of gray matter in the right amygdala region that correlated with severity of social impairment. Children with lower gray matter volumes in this area of the brain had lower scores on reciprocity and social interaction measures.

"Impairments in these areas are the hallmark of autism spectrum disorders, and this finding may lead to greater understanding of the neurobiological underpinnings of the core features of autism," said study co-author Joel Bregman, M.D., medical director of the Fay J. Lindner Center for Autism.

Autism is the fastest growing developmental disability in the United States and typically appears during the first three years of life. Children with autism are hindered in the areas of social interaction and communication skills. According to the Centers for Disease Control and Prevention, as many as 1.5 million Americans have autism.

autism
Posted by Unknown at 6:25 pm

The question I would ask, based on this research, is if there was a basis for assuming that a measurable difference in function was indicative of dysfunction, or merely an assumption that a difference indicated lower functioning.

Even taking that idea out for a spin, we cannot state it categorically to be an ORGANIC disability (merely a difference) until we have established best practices for training the autistic brain.

Of course, establishing that there IS an "autistic brain" with measurable distinctions is a huge step, worth significant attention and applause. But let's not pretend that we have any genuine insight into what that actually means yet - merely that we have gotten to the point where it seems that finding out may well be possible.