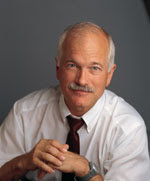 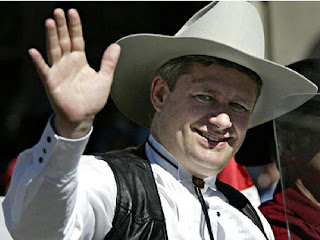 NDP leader Jack Layton and NDP MP Peter Stoffer have slammed the Harper Conservatives for failing to provide any funding whatsosever for autism in its recent federal budget. The Conservatives did not ante up a single penny for autism.

Meanwhile Mike Lake, the Conservative MP and father of an autistic child, who opposed the Shawn Murphy attempt to ensure autism coverage in the Canada Health Act, has not offered any public comment on the failure to provide a single penny for autism in his party's budget. Emails sent to his office are responded to by a staffer who informs that Mr. Lake has received too many emails on the subject of autism to respond personally.

“Families with autistic children are in crying need of support,” said Layton. “They are very disappointed that the Conservative government has ignored their needs in the budget. Providing support for these families should be a bigger priority for the federal government than corporate tax cuts.”

“It is also hypocritical that the Harper government is ignoring the autism motion M-172 passed by the House of Commons last December,” said Stoffer. “When Harper was in Opposition, he constantly criticized the Liberal government because it did not respect the votes of the House of Commons. It is surprising how quickly the Conservatives have become just like the Liberals.”

M-172 requires the federal government to work in cooperation with the provinces and territories to establish national standards for treatment and delivery of services, study funding arrangements, create a national surveillance program, and provide more funding for health research on autism.

“The federal government must work with the provinces and territories to find a way to include autism therapy in the health care insurance plan of every region across this country,” said Stoffer. Stoffer introduced a private members bill (C-211) to this effect last fall.

Stoffer also expressed his profound disappointment with the federal government in failing to recognize the Veterans First Motion and ignoring the issue of Agent Orange and Agent Purple in the budget. The Veterans First motion was passed in November 2006 and suggested five key reforms that would deliver long overdue fairness and security for Canadian Forces veterans and their families.

Thank you for at least mentioning the Victims of Agents Orange, Purple and White. There are many problems facing Canada or rather any Government who wishes to sit in Ottawa. One of them is the fair and humane treatment of the very people who keep this country free and democratic, makes it possible for me to complain and for MP’s to even to place their names in the ring for election, namely the Veterans.

It is funny how quickly the Military is allocated monies when Ottawa wishes them to shore up the worlds opinion of Canada, to save Canada’s share of the UN expenses and to place their lives on the line for Ottawa’s decisions in both national and foreign affairs. What is not funny is how quickly our MP’s in Ottawa forget the contributions and suffering including but not limited to the loss of life that many soldiers make for the very decisions that they do make.

The use of Chemicals to defoliate the forests at CFB Gagetown while troops were still in the field or when they were soon to be deployed into the now contaminated area is unacceptable and although slower not much different from gassing them with nerve or blistering agents.

Weather they (Ottawa/Military) were testing the chemicals for war use for the US war efforts in Vietnam or to simply using them to save money while thinning out the Gagetown trees in my view is irrelevant. Weather Ottawa had themselves made these chemicals legal or not and what science, documentation or testing they required before licensing these products for use, is also of little consequence.

There is only one fact that is consistent and that is that soldiers were not merely allowed but REQUIRED to be in the field when they were sprayed and there after to work and live in the Toxic contamination. That they when becoming ill were then booted out of the Military with little or no support or pensions and told nothing of the reasons that they were ill. That they were lied to and ignored by the VAC and Canadian Government for over 50 years, and now that the truth is out there have so far been double talked and promised much but received nothing for almost two years.

Veterans Affairs Minister Greg Thompson’s as of yet only and repeatedly hinted at compensation package of $20 to $25 thousand dollars is totally inadequate because it in most cases it doesn’t even cover the costs of one years medication due to the chemically induced medical conditions acquired from Gagetown, and it so far hasn’t even hinted towards pensions from VAC, Workmen’s Comp or CPP for the thousands of victims.

More often and louder questions and comments need to be addressed in the House on this issue because if you really look at the problem, it is a 100% wholly Ottawa, Government and past MP created and equally a 100% unacceptable problem for a country such as Canada if it wishes to be taken seriously on Human Rights on the world stage.

The comments about Agent Orange were part of the NDP press release which I attached to this autism post, which is the focus of this blogsite.

I can relate to your concerns about Agent Orange at CFB Gagetown. I grew up at CFB Gagetown/Oromocto. My dad was posted there for most of the years between 1961 and 1975.