Autism Cause Loses a Champion - Andy Scott Will Not Run Again 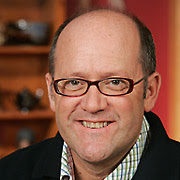 The cause of autism in Canada is losing a champion.

Andy Scott, Liberal MP representing Fredericton in the House of Commons since 1993, has announced that he will not be running in the federal election expected to be called in the next couple of months. "Andy" as he is referred to by most in Fredericton is amongst the rarest of politicians and people, someone who actually listens, someone who actually cares. He has been notoriously accessible to the citizens of Fredericton, at times literally paying a price in personal safety for being so accessible, but remained readily available. Andy has been a champion for persons with disabilities in Canada. As an experienced and savvy federal politician he authored a private members motion, passed in the House of Commons, calling for a national autism strategy which, although by no means everything necessary to address the extraordinary challenge that autism represents in Canada, did open the door to allow further discussion and development of a national response to Canada's autism crisis.

Thank you Andy, and the "very best" to you and your family.

Harold Doherty
Posted by Unknown at 3:31 am