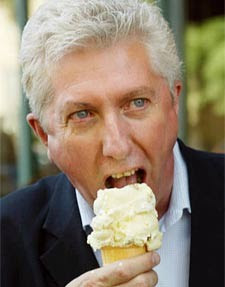 The motion by Charlottetown Liberal MP Shawn Murphy which would have amended the Canada Health Act to ensure funding for ABA treatment for autism was defeated by an alliance between the Harper Conservatives and the Bloc Quebecois. Mr. Harper and his Autism Front Man, Edmonton area MP Mike Lake, a father of an autistic child, argued that such an amendment would have constituted an intrusion into provincial jurisdiction. The Bloc in order to justify its existence in a federal parliament must be seen as fighting federalist intrusions into any aspect of Quebec life. But what did it cost Quebec children with autism for Quebec's purported separatists to grandstand and obstruct in the name of political ideology? Are Quebec children with autism different than children with autism outside Quebec? Is the Quebec government so wealthy that all autistic children are fully funded for effective ABA treatment?

The answer to both of these questions is "No" as the following excerpt from the CASLPA Canadian Association of Speech Language Pathologists and Audiologists presentation to the Canadian Senate makes clear:

The standard of care for ASD in Quebec is Applied Behaviour Analysis (ABA), but given that ABA is an intensive, one-on-one program involving roughly 20 hours of therapy a week, the province does not have sufficient resources to provide every autistic child with ABA when the treatment is needed.

In Quebec, the waiting list for ABA can be anywhere from six months to a year after diagnosis. This is challenging for hospital staff as speech-language pathologists are there to assist with the diagnosis but there is not any on-going mandate to provide treatment. Frustration with ABA waiting lists has caused speech-language pathologists and psychiatrists to seek out more cost-effective therapeutic alternatives, such as intervention programs that are designed to help parents support language development in their autistic children.

Unfortunately for Quebec's autistic children politics Bloc'd a serious effort to provide funding for the effective ABA treatment their parents seek on their behalf.
Posted by Unknown at 7:13 am

Regarding Quebec's treatment for adults with Autism>....A COMPLETE SHAM.
My nephew was diagnosed at about age 5. At that time there wasn't a lot of help nor knowledge about how to help. My brother had to fight tooth and nail for any help. As he grew older...things got worse. Because he didn't get the speech help at the younger age..he is non verbal. He is in an institute in St. Hyacinthe....alone in a room....a ceiling lot on 24 hrs per day with TV. They even put diapers on him so they don't have to be bothered.
He is under the "curatorships care". His parents want control back...but the Govt thinks they can do better. Before he used to swim,fish,smile....not be overdrugged. Can anyone help?