Autism & ABA, For Conor It All Adds Up 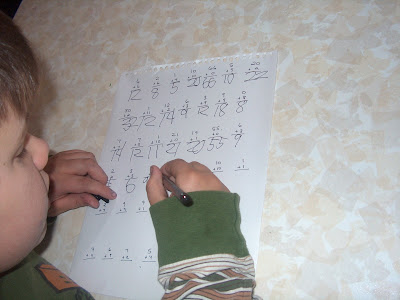 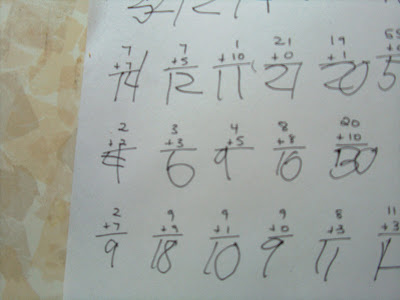 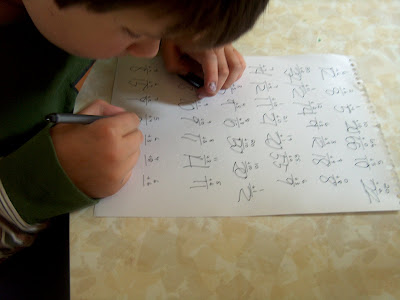 I have commented previously about how ABA, Applied Behavior Analysis, has been such a positive and effective means of communicating with Conor, teaching him to communicate, teaching him to read, and controlling and reducing problem behavior, notwithstanding the challenges that remain. By problem behavior I mean self aggression and self injurious behavior as well as property damage and aggression to others. Another area of skill development for Conor has been math. Conor loves his numbers and he is learning and loves to demonstrate his math skills as shown in these pictures. The pictures on this comment show skills, including patience and task accomplishment, in addition to adding things up correctly, that would have been unimaginable prior to ABA. If parents with newly diagnosed children do not wish to believe the hundreds of studies documenting the effectiveness of ABA as an intervention for autistic children then take a look at these pictures. This is not a "robotic" child being forced to perform by an abusive methodology. This is my son relaxing on the holiday and enjoying a past time. If you think he has been been deprived of his personality because of exposure to ABA look at the pictures of my laughing joyous son on this blog site. He has an infectious personality and he has been loved by many therapists who have worked with him and other people who meet him in our daily lives.

Do not listen to the ideologues who oppose ABA and minimize the wealth of professional literature supporting its effectiveness. And do not listen to them when they say ABA deprives children of their personalities. There is no professional literature to support these allegations and the experiences of too many autistic children and their families say otherwise. Michelle Dawson, Laurent Mottron, Jim Sinclair and other anti-ABA ideologues do not speak for my son. He speaks for himself. And when it comes to ABA Conor can add it all up for himself as he does in these pictures. In his actions, in his exercise of skills he has learned, in his joyful demeanor, Conor speaks for himself and he puts the boot to these tired anti-ABA careerists.
Posted by Unknown at 2:45 pm

WOW! Your son is so cool! Keep up the great math work Conor!

How many can you do in a minute?