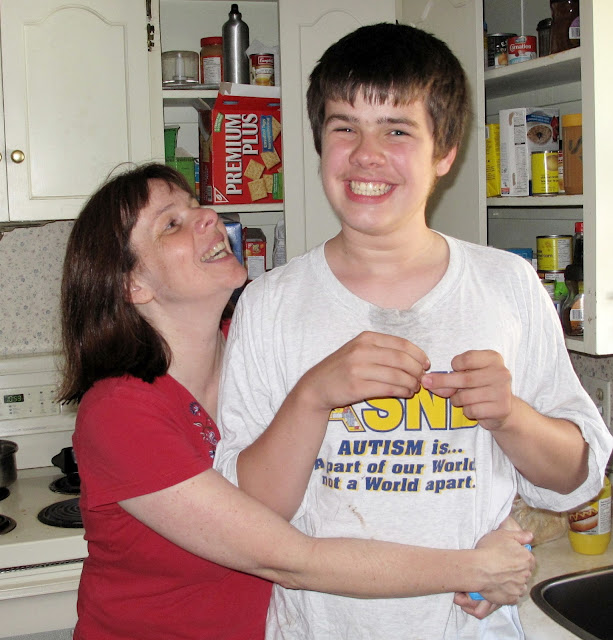 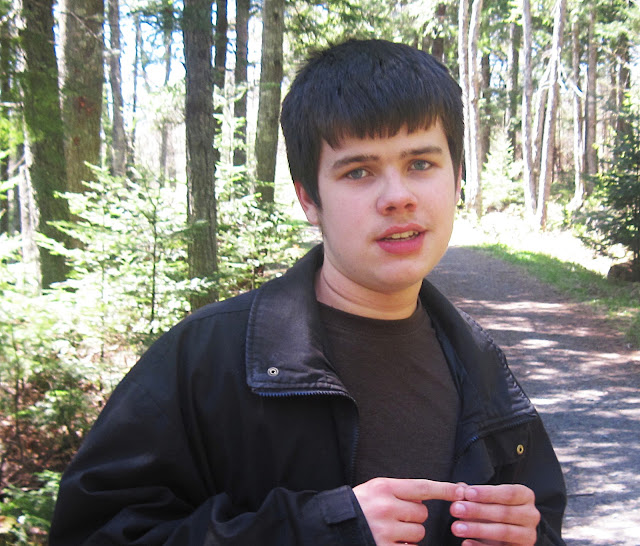 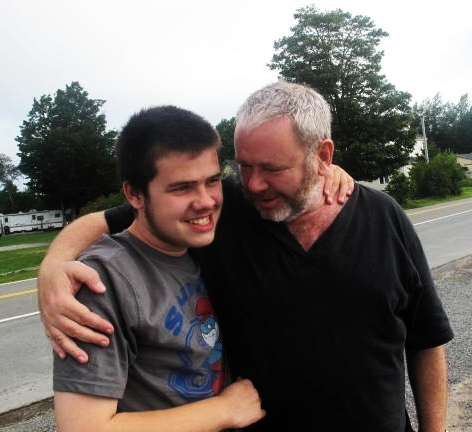 Last night there were no pictures taken but Mom and Dad were walking the trail around Killarney Lake on either side of Conor when he put his arms through each of ours and walked along  looking back and forth at Mom and Dad with a huge smile, even a bit of a giggle at times. Loads of affection for his Mom and Dad.  It is the Conor gift.

Conor will not be featured in a highlight reel of autistic young people performing amazing feats.  He will not be going to work at Dr. Laurent Mottron's lab as one of his allegedly "typical" autistic persons.  He will not stand before national media organizations in Washington, serve on US national committees or pose for the New York Magazine and tell the world that autism is a personal identity not a disability.

The pictures above have been posted on this blog site for some time.  The picture of Conor by himself is from one of his favorite spots ... Killarney Lake.  The other two show Conor's amazing smile which, by itself, is always a gift for Mom and Dad.    Despite Conor's type of autism, the actual disability/disorder type, he brings great joy to his Mom and Dad as he did last evening at Killarney Lake. His autism, unlike Ari Ne'eman's, is a disorder and his smile is not a gift brought courtesy of his autism disorder.  It is the Conor gift.
Posted by Unknown at 8:44 am