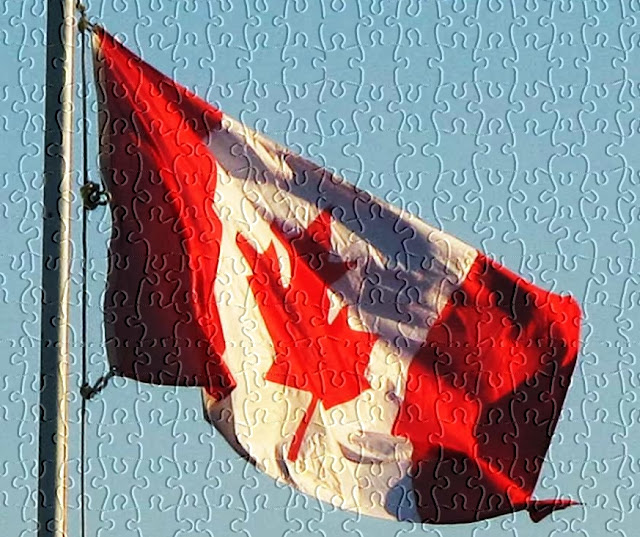 Happy Canada Day EVERYONE!
Including Canadians With Autism Disorders!

I can not imagine living in any other country in the world.  As much as I love our great neighbors to the South, I would not want to live in any country except Canada. I do not pretend, however, that Canada is perfect, not at all. It is impossible for me as the father of a severely autistic son, now 16 years of age, to ignore the exclusion of autistic children and adults in Canada from coverage for treatment of their serious neurological disorders, their autism disorders, under our so called "universal" health care system.

As much as I love my country I admire our American neighbors for the leadership they have shown in dealing realistically with autism disorders.  ABA was applied and developed in the US as an autism intervention by Dr. Lovaas and remains the only solidly evidence based effective intervention for autism disorders. ABA has been endorsed in a recent US federal court decision requiring Medicaid coverage of ABA for autism in Florida.  US federal government employees now have medical insurance coverage of ABA for autism.

Meanwhile in Canada,  autistic persons remain excluded from Medicare coverage for ABA.  We held one sham, orchestrated, (ABA 4 autism advocates, including me, were excluded)  National Autism Symposium that produced no tangible results and no road map for future efforts to help Canada's autistic children, youth and adults. Canadian autistic children who are fortunate enough to receive ABA do so under a national patchwork of largely ineffective service delivery systems.  New Brunswick, once hailed as a leader in autism service delivery by US autism expert Dr. David Celiberti, is now regressing into "in house training" for early intervention and education assistants.  Living conditions for adults with autism are simple: those who are high functioning will be housed in a variety of locations including group homes with untrained staff, hospital wards and  rented hotel rooms.  Those who are severely autistic with intellectual disabilities will often live out their lives in psychiatric hospitals.

In the US, where they are not asleep at the wheel, the CDC estimates that 1 in 88 have an autism spectrum disorder. It is now time for Canadians to wake up and start addressing our national autism crisis in an organized, concerted effort.  Let's start including Canada's autistic children and adults in our national agenda before the next Canada Day celebrations.

I love you Canada. I hope you feel the same way about Canada's autistic children and adults ... and start showing it.
Posted by Unknown at 6:55 am