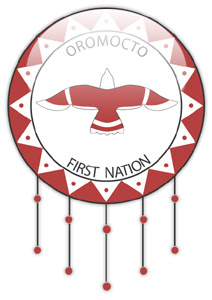 The focus of this blog site is autism, day in day out, it is about autism. Occasionally, for various reasons, I like to mention something other than autism. Today is one of those days.

In the Greater Fredericton area where I live our community recently endured, and victims suffered, a rash of swarming assaults by some cowardly young people. The assaults had a very negative effect, for a while at least, on our perception of every day life in the Fredericton area. Now comes word of something completely positive, something very uplifting and courageous from the nearby Oromocto First Nation where a group of young people from that Maliseet Indian community risked their own lives to save a 60 year old gentleman who was literally burning to death in his apartment. The courage and concern for others shown by these four young people from the Oromocto (Wel-A-Mook-Took) First Nation is uplifting. They are a credit to themselves, their familes and their community. The url for the web site for the Oromocto First Nation:

The story, as reported by CBC New Brunswick:

Four young Oromocto, N.B., men are being hailed as heroes after rescuing a 60-year-old man from a house fire early Monday morning.

RCMP Cpl. Gilles Blinn says the boys aged 15 to 17 were driving down Broad Street in the town outside Fredericton at 2:30 a.m. when they noticed an apartment on fire at 101 Lanark St.

"The apartment was a basement apartment that was engulfed in flames," he said Monday. "The young males kicked the door down and hauled the occupant to safety."

"Me and my friend Evan just walked up to the window, and then we saw these crutches moving and stuff and we were, like, 'is anybody in there?'" said Nick Lanigan.

"We were yelling at the top of our lungs, and we heard 'Help, help me,' so then this other buddy that with us, Michael, he kicked the door down and [the victim] was just laying right there, burning."

Police say had the boys not bashed in the door, the man, who suffered severe burns, would have died.

"The RCMP and the Oromocto fire department credit the quick action of these young men with saving the man's life," Blinn said.

Lanigan says he doesn't think he's a hero, and anyone would have done the same thing.

The name of the victim isn't being released until the family is notified.
Posted by Unknown at 7:07 am

I knew you could write about something different.

Oromocto is a Mikmaq first nation, not a maliseet.

Sorry but you are incorrect. Oromocto First Nation is a Maliseet band. If you check the Government of New Brunswick Aboriginal Affairs Secretariat web page you will see Oromocto listed as the Maliseet Nation at Oromocto.

I grew up in the Town of Oromocto in close proximity to the Oromocto First Nation and know it to be Maliseet. I am not a big fan of Wikipedia but the entry on Oromocton appears accurate:

As long as your sure, I got the info here:

Just goes to show how much we know about our first nations neighbours.

Hello anonymous. I am very sure.

The Indian band communities on the Saint John River are Maliseet. In my professional life I have also worked with a Maliseet community up river.

Ofn is a maliseet band i am a member.we have 1 chief and 5 counselors we just had our election july 27th.