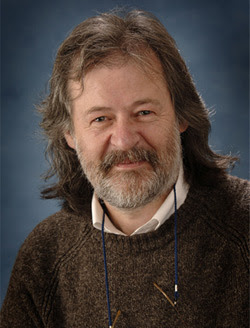 The press releases which follow highlight the career efforts of a real autism hero who may not be well known to North American audiences. An academic, author and advocate for ABA treatment for autistic children Dr Mickey Keenan has faced autism head on and helped improved the lives of many autistic children in Northern Ireland and, through his writings, elsewhere in the world.

A University of Ulster academic is to receive an international accolade for his pioneering work in the treatment of children with Autism.

The award is presented to an individual who addresses socially significant problems using methods directly linked to behaviour analysis.

On selecting Dr Keenan for the accolade, the SABA board members praised his public advocacy for autistic children and their parents in the media and in academic circles.

“It has been a long struggle dealing with misinformation about the science of behaviour analysis in my community. But we are getting there,” says Dr Keenan.

“Within Psychology as a whole, it is behaviour analysis that has pioneered research techniques that have led to applications adapted to the needs of the individual.

“Regarding children with autism, individualised treatment programs mean that each child is nurtured in a holistic and child-centered manner. This sentiment is echoed by the Department of Education. The alternative is an eclectic approach that has no research evidence to support its implementation.”

Dr Keenan will be presented with his award at the SABA 2008 Convention in Chicago in 2008.

Following is a 2005 article about Dr Keenan and his efforts to help autisitic children and their families in Northern Ireland.

A leading expert in the treatment of autism says parents of children with the disorder are being victimized because they live in Northern Ireland.

Dr Mickey Keenan, from the University’s School of Psychology, said it was ludicrous that people here have no access to the only scientifically proven method of helping children with autism.

Speaking at an international conference on autism held at the University of Ulster today, Dr Keenan, explained how Applied Behaviour Analysis (ABA) has helped thousands of autistic children around the world transform their lives, yet the treatment is not officially available to children here.

“As if the effects of autism are not serious enough, parents face the heart-breaking reality of being told about a wonderful science that could help their child, but that they can’t have,” said Dr Keenan.

“ABA is the application of a scientifically-based approach to teaching and behaviour management. Its greatest goal is to teach children the skills that will allow them to be as self-supporting as anyone else in society, to be able to make choices for their own lives.

“Sadly however there is no training or funding for training available to professionals or to parents working with children with autism anywhere in Northern Ireland.”

In the absence of any government intervention or support, Dr Keenan has worked tirelessly with parents of autistic children in Northern Ireland to help train them in ABA so that they can help their own children. They have established their own charity – Parents Education as Autism Therapists (PEAT).

The University has hosted several international conferences on the subject and developed close links with other leading ABA experts from around the world, but without any resources or funding available, parents constantly face an up hill struggle.

“By the end of this conference I hope parents will be better placed to justify their demand for resources to be invested in the development of proper training in ABA. I don’t know of any other science that is taught solely through charities – something that is happening here in Northern Ireland,” said Dr Keenan.

“What we need are training courses for parents and for professionals, courses that meet international standards. A properly funded university-based ABA treatment research centre would go some way to addressing these needs.”

Internationally renowned autism expert, Professor Gina Green, who is a keynote speaker at the conference added: “For the past few years I have been privileged to observe the efforts of Parents Education as Autism Therapists (PEAT), and their principle mentor, Dr Keenan. Those efforts have been nothing short of heroic.

“My hope is that this conference will help people understand the despair and outrage expressed by the families of autistic children living here but also that people will see the tremendous joy and accomplishments that ABA has achieved, often against incredible odds.”

Dr Keenan also used the conference to launch his new book about his efforts to help families of autistic children entitled: Applied Behaviour Analysis and Autism: Building a Future Together.