Dad's In the Hospital? Conor to the Rescue! 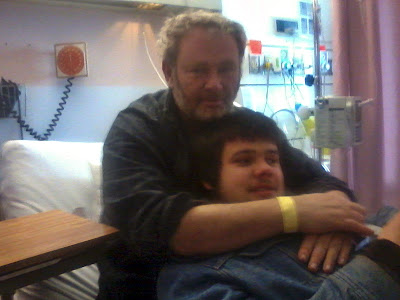 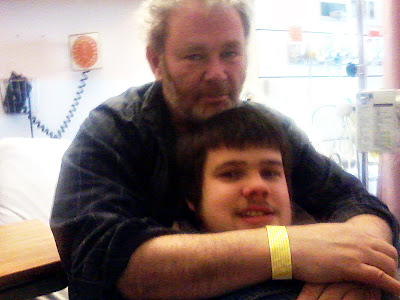 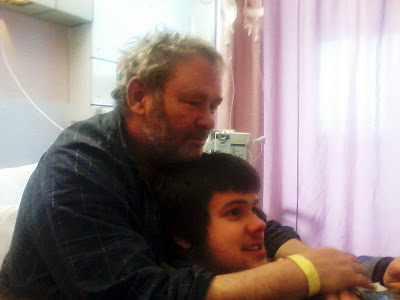 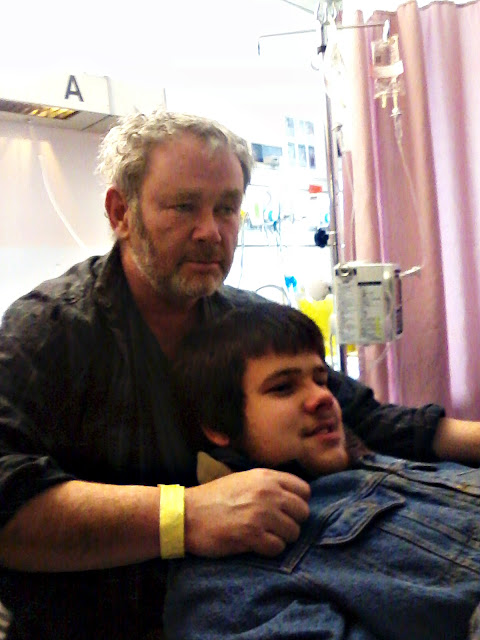 Last Thursday I was in substantial difficulty with a possible lung infection and an  asthma attack.  While waiting for my turn at the after hour's clinic I rose from my seat and walked the few feat to the counter to check my place on the waiting list.  As I did so I could not breathe, or it did not feel like I was getting any air anyway. I tried to pump air into my body by leaning forward and straightening up quickly while I was standing at the counter. The on call doctor came out and spotted me and waived me emphatically to a side room and an oxygen tank.  The good doctor told me I should go to the local hospital emergency room (the DECH).  I tried arguing about the need to go but he insisted.  When I told him I would drive up I was informed I was not driving anywhere, an ambulance had already been called. At the hospital after getting some emergency care I was planning to come home that night, again no such luck. Next morning again I was informed my stay at the hospital would be extended.  Finally Tuesday, yesterday after fine care, treatment and testing I was discharged.  My first overnight hospital stay as an adult had been a 5 nighter.

I was not under any serious hardship during my stay, a bit of difficulty which was well treated, the boredom was toughest of all. At home I heard that Conor had not taken my absence well with some very challenging behavior that Heather had to handle. Heather and Conor's brother brought him to the hospital to see Dad and his mood .... and Dad's ... picked up considerably.  Conor needed to see his ol Dad and I needed to see my buddy.  Conor to the rescue!

Many thanks to my friend Dawn an emergency room RN who was able to drop by a few times and provide reassurance.  The Emergency Measures team and all the hospital staff from the cleaners to the doctors on call at the acute care wing I was on were all outstanding.

The good doctor who sent me to the hospital without listening to my attempts to negotiate my way home right away told me my oxygen levels had been at dangerously low levels that night.

Apparently I am not invincible after all?
Posted by Unknown at 6:46 pm

So glad that you are okay and that Connor came to the rescue! Take care!

Nice to know you are home and continue to improve. I enjoyed our visits....and yes even you can get sick :) love the picts with Conor. Now look after yourself!

Hope you are feeling better.

My little man had dental surgery today. He does amazing up until recovery and I make certain they can find me when he's there. He can't have goldfish so it's off to make some mashed potatoes.

I find half the battle is them knowning what is going on... hiding it just makes it worse.

Happy to hear you are feeling better and Conor made you smile!