Autism, Genes & Environment: Why It Took So Long for the Genetic Autism Myth To Die 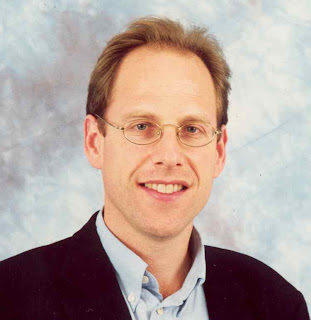 Studies of twins have established that it is not 100 per cent genetic, since even among identical twins, when one has autism, the likelihood of both twins having autism is only about 60 per cent. This means there must also be an environmental component, but what it is remains unknown.

The CAT, California Autism Twins, study has finally driven a silver stake through the autism is primarily genetic myth, finally debunking the "it's gotta be genetic" creature that has had an iron grip on autism research funding. What is truly difficult to understand is why did it take so long? Why has funding continued to pour into the genetic autism research accounts to the near total detriment of environmental research funding?  Professor Simon Baron-Cohen stated the obvious on several occasions including the above statement made in 2007.  The "refigerator mothers" half baked nonsense was accepted by virtually the entire public health community for many years before it was debunked.  In recent years the autism is genetic myth has held sway with little critical analysis even after Baron-Cohen's observations and despite producing no significant results whle inhaling most of the autism research dollars.
What both myths were based on though was the assignment of blame to the parents of autistic children. In the refrigerator mothers theory it was cold emotionless mothers who were to blame. In the autism is genetic myth of course it was the genes of the parents. The refrigerator mothers and parental genetics myths both deflected possible causal fault away from commercial and health care products.


Now the world's attention is turning toward possible environmental causes of autism. What both of the previous history lessons should teach us though is that even when environmental autism research is conducted parents will still be suspect and possible environmental factors generated by economic and medical interests, whether in the air, water, food supplies, children's toys, jewelry, water bottles, and of course vaccines  will be examined only reluctantly and studies implicating such factors will be subject to the most withering and microscopic examination .... the kind of rigorous analysis that was rarely applied to the refrigerator mothers and genetic autism myths during their decades of dominance.
Posted by Unknown at 7:10 pm