BACKGROUND: In 1994, the American Association on Mental Retardation with the DSM-IV has come to a final definition of pervasive developmental disorders (PDD), in agreement with the ICD-10. Prevalence of PDD in the general population is 0.1-0.15% according to the DSM-IV. PDD are more frequent in people with severe intellectual disability (ID). There is a strict relationship between ID and autism: 40% of people with ID also present a PDD, on the other hand, nearly 70% of people with PDD also have ID. We believe that in Italy PDD are underestimated because there is no agreement about the classification system and diagnostic instruments.

METHOD: Our aim is to assess the prevalence of PDD in the Italian population with ID. The Scale of Pervasive Developmental Disorder in Mentally Retarded Persons (PDD-MRS) seems to be a very good instrument for classifying and diagnosing PDD. 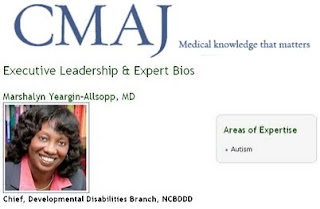 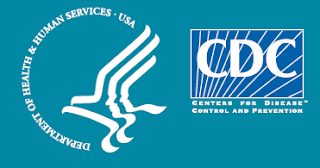 CDC’s most recent data show that between one in 80 and one in 240 children with an average of one in 110 have an ASD. This is a prevalence of about one percent of children. These results reflect data collected by CDC’s Autism and Developmental Disabilities Monitoring (ADDM) Network in multiple communities throughout the U.S. in 2006.


Estimates are based on health and education records from participating communities, which includes eight percent of the U.S. population of eight year olds. All children in the studies were eight years old because previous research has shown that most children with an ASD have been identified by this age for services.

Cognitive Functioning (from the pdf version) 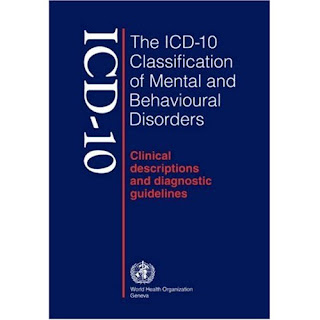 
A pervasive developmental disorder defined by the presence of abnormal and/or impaired development that is manifest before the age of 3 years, and by the characteristic type of abnormal functioning in all three areas of social interaction, communication, and restricted, repetitive behaviour. The disorder occurs in boys three to four times more often than in girls.


All levels of IQ can occur in association with autism, but there is significant mental retardation in some three-quarters of cases.

A pervasive developmental disorder that differs from autism in terms either of age of onset or of failure to fulfil all three sets of diagnostic criteria. Thus, abnormal and/or impaired development becomes manifest for the first time only after age 3 years; and/or there are insufficient demonstrable abnormalities in one or two of the three areas of psychopathology required for the diagnosis of autism (namely, reciprocal social interactions, communication, and restrictive, stereotyped, repetitive behaviour) in spite of characteristic abnormalities in the other area(s). Atypical autism arises most often in profoundly retarded individuals whose very low level of functioning provides little scope for exhibition of the specific deviant behaviours required for the diagnosis of autism; it also occurs in individuals with a severe specific developmental disorder of receptive language. Atypical autism thus constitutes a meaningfully separate condition from autism.

One of the biggest problems researchers face is that this is such a wide spectrum disorder. Also, children like my son, that are nonverbal, are often considered mentally deficient. The truth is, we can not determine their intelligence level until they have learned a way to communicate.

One of the biggest problems we ALL face is that this is such a wide spectrum disorder.