The New Brunswick provincial election is just underway with  Election Day set for September 27, 2010.    Unofficial campaigning has been under way for several months although the official campaign start date was earlier this week and resulted in several complaints that candidates had jumped the gun in erecting election signs.  (For those from outside New Brunswick, a few shots I took  of the New Brunswick legislature follow).  There are five parties contesting the election including the governing Liberals and official opposition Progressive Conservative Party who traditionally take turns forming the government and official opposition. They are joined by the New Democratic Party which has a strong political heritage elsewhere in Canada but not in New Brunswick, the relatively new Green Party and the brand spanking new People's Alliance of New Brunswick born out of the ashes of the NB Power political firestorm that threatened to derail the current Liberal government.
So far I have been unable to locate any mention by any of the parties of autism issues or commitments.  It is still very, very early, and perhaps we will hear something about autism services from the parties. I do not make these comments in a negative way.  Both former Conservative Premier Bernard Lord and current Liberal Premier Shawn Graham have made very substantial improvements to autism services for pre-schoolers and students.  Several Ministers from both of these governments have demonstrated sincere and conscientious commitment to helping autistic children and I single out in particular former Conservative Tony Huntjens and Liberal Kelly Lamrock.
In New Brunswick autism has been dealt with in a very bi-partisan manner and I am genuinely proud of our political leaders in dealing with autism issues;  all the more so since I traveled to Ontario as part of the Medicare for Autism team led by Jean Lewis and David Marley from British Columbia.  In  Toronto where I used to work and in Oakville, next door to my son Conor's birthplace in Burlington Ontario,  I met Ontario autism advocates like Barry Hudson, Norrah Whitney,  Stefan Marinoiu and Jennifer O'Brien all of whom have been fighting hard against the bureaucratic stonewalling and  denial of autism services and treatment of  Ontario Liberal Premier Dalton McGuinty's government.
Although I am proud of what New Brunswick governments have done for provision of autism services for pre-schoolers and students with autism disorders over the past 10 years I can not say the same about services for autistic adults. New Brunswick has long been in serious need of an autism specific residential care and treatment system for adults with autism. I have been part of several presentations that have been made in writing and in meetings at which concerns were pressed.  In particular the need for better regulated group homes with autism trained personnel and more attention to recreational and dietary needs has been expressed. Further it is clear that a center or village capable of serving the most severely affected by autism is needed in place of the psychiatric hospital in Campbellton.

I have met the professionals who operate the Campbellton hospital. They impressed me as dedicated and caring people who are doing the best they can to deal with a challenging situation and a questionable mandate of returning severely affected autistic adults to the community based group homes around the province. It is imperative that an autism specific facility be located in Fredericton, with its central location, and its proximity to the autism expertise available at UNB, UNB-CEL, the Stan Cassidy Center and the Board Certified Behavior Analysts that the Department of Education has brought in to replace the UNB-CEL as the primary training resource for teacher assistants working with autistic children. It makes no sense to locate an autism specific facility away from Fredericton and the autism expertise that has been built here over the past decade.  Fredericton also offers natural environments which could provide invaluable recreational opportunities for autistic adults including the incredible trails, O'Dell Park and Killarney Lake.

Whatever the next government decides to do with respect to provision of modernized autism residential care and treatment for adults the current situation will not suffice. At the start of this political campaign nothing has been said about such autism services. Hopefully that will change before September 27, 2010. 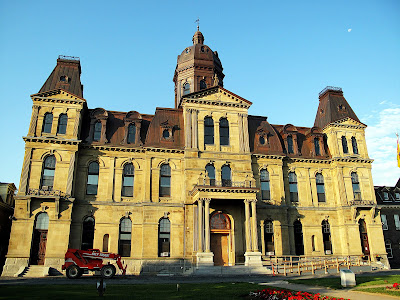 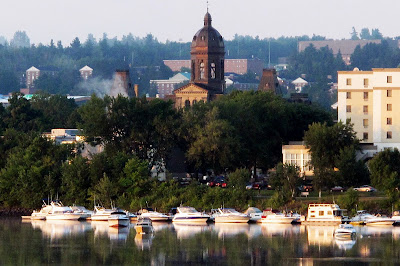 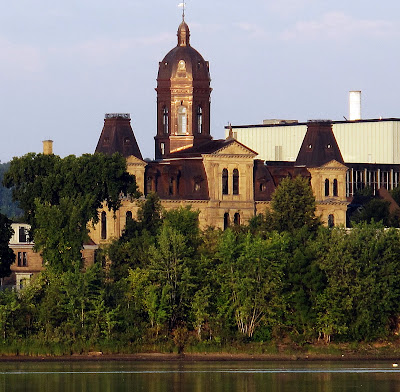 I wish you all the best in Canada.