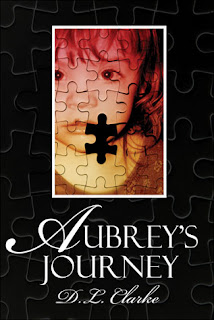 If you do a google blog search on autism you will find many blog sites hosted by high functioning autistic persons who view autism in a positive light and characterize efforts by parents and advocates for autism cures and treatments as oppression, breaches of their human rights. There are other autistic persons, such as some who appeared before the Canadian Senate, who are supportive of efforts to assist autistic children and adults in overcoming some of the deficits associated with their autism. The Albany Democrat-Herald reports the story of Aubrey, a young lady with Aspergers' Syndrome who benefited from early intervention and left many of her autism deficits behind. Aubrey's mother, D.L. Clarke, has written a book about her daughter's story and hosts a web site where parents and other interested persons can learn more:

When Aubrey was born in 1992, she looked and acted like all other babies.

But as she grew older, she began walking on her tiptoes, she pitched tantrums and she screamed when her hands got dirty. She did not want to play with other children, and she was terrified of swings and teeter-totters.

Yet, Aubrey was intelligent and often appeared normal in unfamiliar situations.

In a book released Jan. 15 targeted to parents of children with behavior problems, Clarke discusses ways to seek a diagnosis for various disorders in children, and she explains how to keep hope alive and not to give up in dealing with situations no one seems to understand.

It was not until Aubrey was 3 years old that an early intervention team from the Linn-Benton-Lincoln ESD used the word autism to describe Aubrey’s behavior.

“That diagnosis opened a door of support that we didn’t have before,” Clarke said. “Gradually we found out she had Asperger’s Syndrome and not full-blown autism.”

Since then, through counseling, therapy and family encouragement, Aubrey has left many of her symptoms behind.

“She’s not cured, but she’s learned to cope and adapt,” she said. “Part of what helped is I encouraged her to get involved in activities. I treated her the same way as my other two children, and told her I expected her to learn and be independent.”

Aubrey is now 14 and a freshman in high school. She has entered talent shows, been part of a singing group and a dance team. She tutors elementary students at a Boys & Girls Club, and she wants to go to college and eventually have a family.

“I can’t imagine the consequences if I hadn’t kept on pushing,” Clarke said.

Signed copies can be ordered through her Web site: aubreysjourney.com.

Thanks for the link Harold. I'm going to check this out Harold as this is much of what we're dealing with, with Alec.