Proud of Our Conor 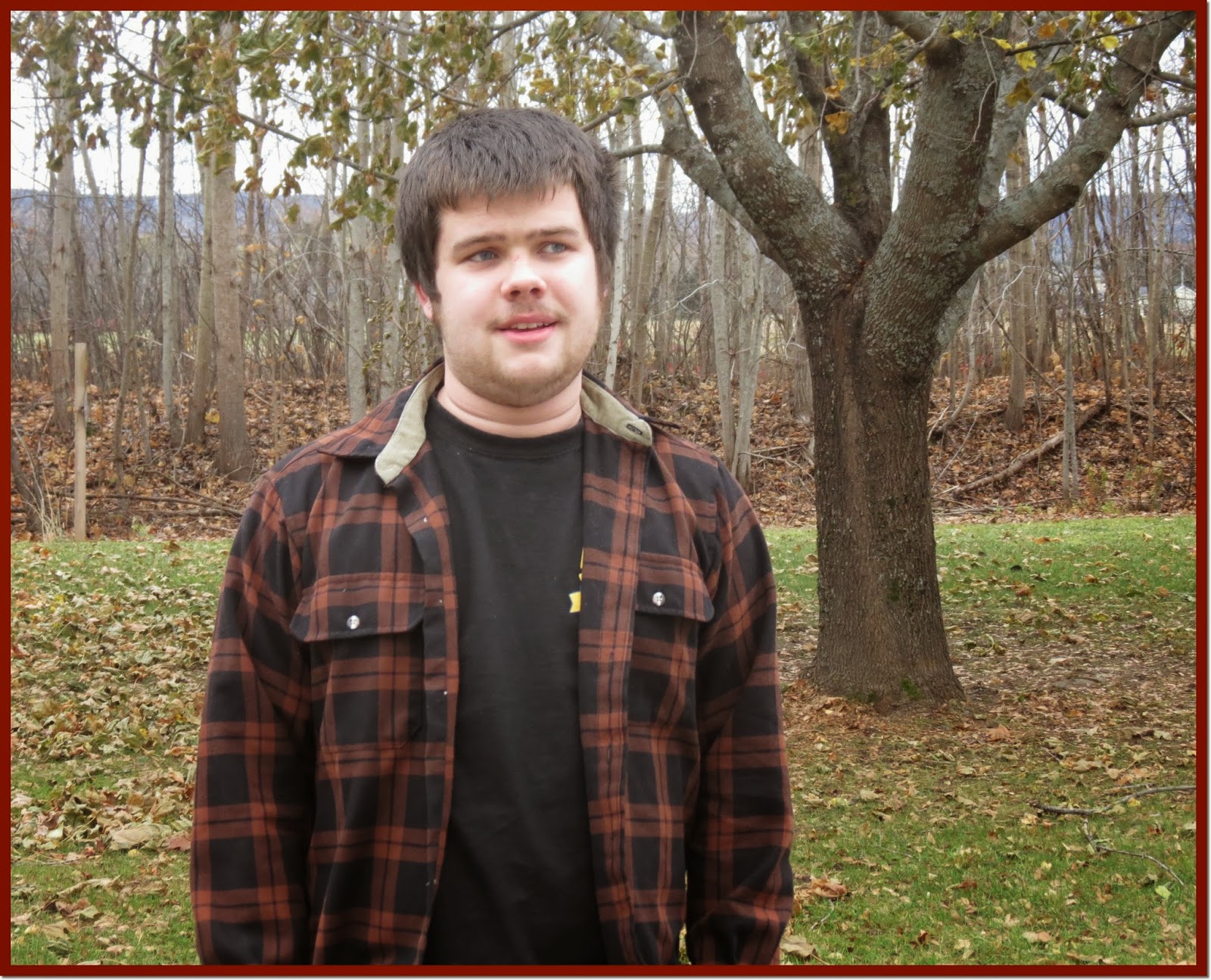 Conor looking cool, calm and composed in his grandparents' yard in
Nova Scotia's Annapolis Valley in November. This morning he showed  just
as much calm while enduring an early morning blood sample needle.


We were, once again, very proud of our Conor today.  Not for demonstrating some special "autism" skill, not for anything that would be featured in a sensational media story.  We were proud because Conor had blood tests scheduled again at the DECH, the local hospital where Conor spent 2 weeks in hospital last year, including 6 days in the Intensive Care Unit.  He had blood tests scheduled to help establish baseline measurements.  He handled them with as much cool, calm composure as actor Steve McQueen portrayed in "the Great Escape" movie.

Giving blood samples can be a challenge for many adults.  For Conor the blood tests this morning meant he had to fast for 8 hours before the tests and had to start his day at the local hospital before heading off to the school he loves (Leo Hayes High School, Fredericton).

He had expected to be in school yesterday, like most Mondays but we had forgotten to check his school schedule until the last minute when we were tipped off by a neighbor.  Monday school had been cancelled because of Teacher Development Days so Conor was very anxious to get back to school today.  Conor handled the early morning hospital visit and the blood sample needle with great calm.  He didn't fuss or fidget, whine or whimper and his Mom and Dad were happy to treat him to 2 Tim Horton bagels for a post hospital visit blood test.  Conor made us proud and we were happy for him ... and relieved ... and we got him back to school ASAP.
Posted by Unknown at 8:33 pm

Good story.
Made me smile.

I'm sure people thought that Conor was going to talk about trains for 8 hours and then tantrum for another 8.