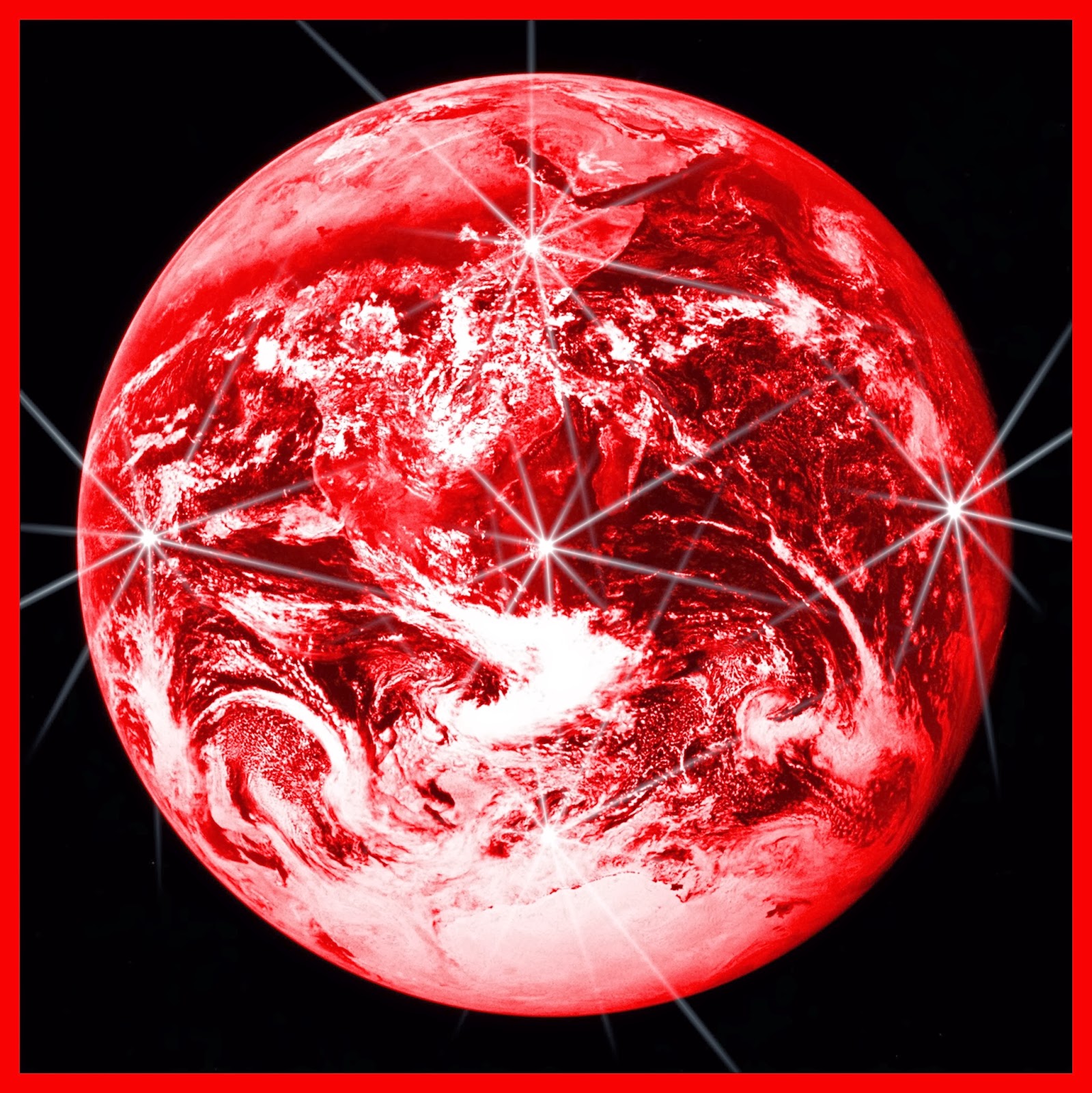 My younger son will be 18 this month.  He is severely autistic, with intellectual disability, and suffers from seizures for which he receives medication.  He was diagnosed with an autistic disorder the day after his second birthday.  The diagnosis was made after several months of testing and observation.  Since my son's diagnosis the defining criteria for an autism disorder diagnosis has changed.  It has become increasingly clear that "autism" as a disorder, as a concept for understanding my son's condition has become lost in a system, the DSM,  that NIMH Director Tom Insel has said lacks validity.  Insel, in another flash of common sense and candor,  has referred to the "autisms" rather than a single autism.  The unitary spectrum DSM5 ASD has been foisted on the world in an exercise of professional vanity unjustified by any convincing evidence base, built instead on a sloppy base of assumptions that will fulfill a policy goal of "reducing" autism diagnoses while excluding very high functioning AND difficult, severe autisms, from "autism" research and from autism insurance coverage.  Against this background a new "theory" of autism has emerged .... the Intense World Theory.

It is beyond me as a common sense driven father who has lived with my son's severe autism and tried to ensure the best life possible for him how autism researchers, years after the Refrigerator Mothers/cold parents fantasy of autism causation caused so much very real harm, could blithely jump into the deep end of another potentially harmful, non evidence based autism fantasy.

Maybe the Intense World Theory WILL prove to be the "unifying" theory that it pretends to be.  Personally I doubt it.  As the authors, K and H Markram's abstract itself makes clear: "Autism covers a wide spectrum of disorders for which there are many views, hypotheses and theories." Why do the Markrams then immediately propose a unifying theory of autism instead of studying the various individual "autisms"?  Why assume that attempting to unify the autisms, what is now widely regard as a heterogeneous, varied set of disorders/conditions/symptoms will be of any benefit to understanding those conditions or discovering treatments for them?

As the father of an autistic son my 18 years of direct experience and observation with years of severe autism disorder of my son is given no weight by autism researchers but I no longer automatically give the researchers a pass either in assessing their classroom/clinic/lab understanding of autism.  My son, diagnosed at age 2 and a day because of the severity of his symptoms does not have the same "autism" as J E Robison, Ari Ne'eman or any other very high functioning, diagnosed as adults, "autistics". I do not believe my son's "autism" or group of symptoms called autism, can be unified in any meaningful way with the autisms of these very, very high functioning individuals.

With the view that autism is a single disorder under challenge from some very credible sources I am surprised to see a "unifying" theory of autism being put forth at this time ... with no evidence basis.  As an admittedly self appointed director of  "autism research" I direct the research community to take several large gulps of humility and go straight to the Common Sense Clinic where you can focus on researching and finding treatments for the individual conditions, symptoms and challenges of the various "autisms".

The intense world theory - a unifying theory of the neurobiology of autism.

Abstract
Autism covers a wide spectrum of disorders for which there are many views, hypotheses and theories. Here we propose a unifying theory of autism, the Intense World Theory. The proposed neuropathology is hyper-functioning of local neural microcircuits, best characterized by hyper-reactivity and hyper-plasticity. Such hyper-functional microcircuits are speculated to become autonomous and memory trapped leading to the core cognitive consequences of hyper-perception, hyper-attention, hyper-memory and hyper-emotionality. The theory is centered on the neocortex and the amygdala, but could potentially be applied to all brain regions. The severity on each axis depends on the severity of the molecular syndrome expressed in different brain regions, which could uniquely shape the repertoire of symptoms of an autistic child. The progression of the disorder is proposed to be driven by overly strong reactions to experiences that drive the brain to a hyper-preference and overly selective state, which becomes more extreme with each new experience and may be particularly accelerated by emotionally charged experiences and trauma. This may lead to obsessively detailed information processing of fragments of the world and an involuntarily and systematic decoupling of the autist from what becomes a painfully intense world. The autistic is proposed to become trapped in a limited, but highly secure internal world with minimal extremes and surprises. We present the key studies that support this theory of autism, show how this theory can better explain past findings, and how it could resolve apparently conflicting data and interpretations. The theory also makes further predictions from the molecular to the behavioral levels, provides a treatment strategy and presents its own falsifying hypothesis.
Posted by Unknown at 1:46 pm

Taken from a personal standpoint, having a son with mild autism, not unlike Neuman or Robison...fingers crossed--I'll put my two cents in here.

At least this damn theory doesn't say my kid is evil, or an alien. It doesn't say he lacks a sense of humor, the ability to show love, or an imagination. I used to read all those things and believe it because it was "science" AND I was stupid. I like this theory, not because it's correct...but because it doesn't demonize or belittle kids or say they lack basic human qualities. The Markhams also have a son with autism, which changes their angle somewhat.

Autistics have been so demonized by science, that directly following the Newton Massacre a mother told of her autistic son in special ed, who had his hands in his pockets at school. When he went to take them out, another mother screamed "He's got a gun!" and went off in a maniacal frenzy.

I strongly detest Dr. Simon Baron Cohen, whose inclusion of autistics in "The Science of Evil" book brought him fame and money, but also brought us to this point. My son is a good kid....who also had acute hearing when he was younger, as so many (but not all) of our kids did.

They may be wrong, but I don't think they are opportunists, or unkind.

I think it's great. No more dual dx's just those that are actually ASD. It even tosses my eldest of the list... Not until I change the paperwork... and I'm not that dumb we still need extra social skills help.

Severe kids are still on the spectrum... like mine... Mine's a Level 2.. but mine's able to learn, write, spell, read, do math, fixate on dead scientists (Einstein is his fav), take regular gym and music. Learn to play the piano, karate, swim and play the glockenspiel. Next week in REGULAR music class he starts the clarinet.

And yes... he's VERY autistic and not ID.

usethebrainsgodgaveyou We have different concerns. They can say it as nice as they want but it is based on the assumption that all autism can be bunched and studied under one umbrella. It is based on assumptions not evidence as far as I can tell. By all means conduct research but don't ignore the variety and heterogeneity of autism disorders. The Intense Theory is speculation at best.

The article says this The autistic is proposed to become trapped in a limited, but highly secure internal world with minimal extremes and surprises.

That's a load of bull,and both you and I know it.Not to mention a big leap backwards in thinking.It sounds like a description of autism from the 1940s.

Farmwifetwo has never been very specific about her children's diagnosis.I can tell you from my experience though,that you don't need to have intellectual disability for a hospital or doctor to think your autism is severe enough for you to be put in a group home.This may be what farmwifetwo means.

I think I have posted this link here before,and every item describes me perfectly,both now and as a child.Especially since I now know I have two folate related IEMs.

I think a lot of people ARE afraid to put themselves or their children in the same boat,with those with autism,and intellectual disability.I am not,because of all of my medical junk,and all the regressions I've had.I get along much better with parents of intellectually disabled children than I do those who are higher functioning.