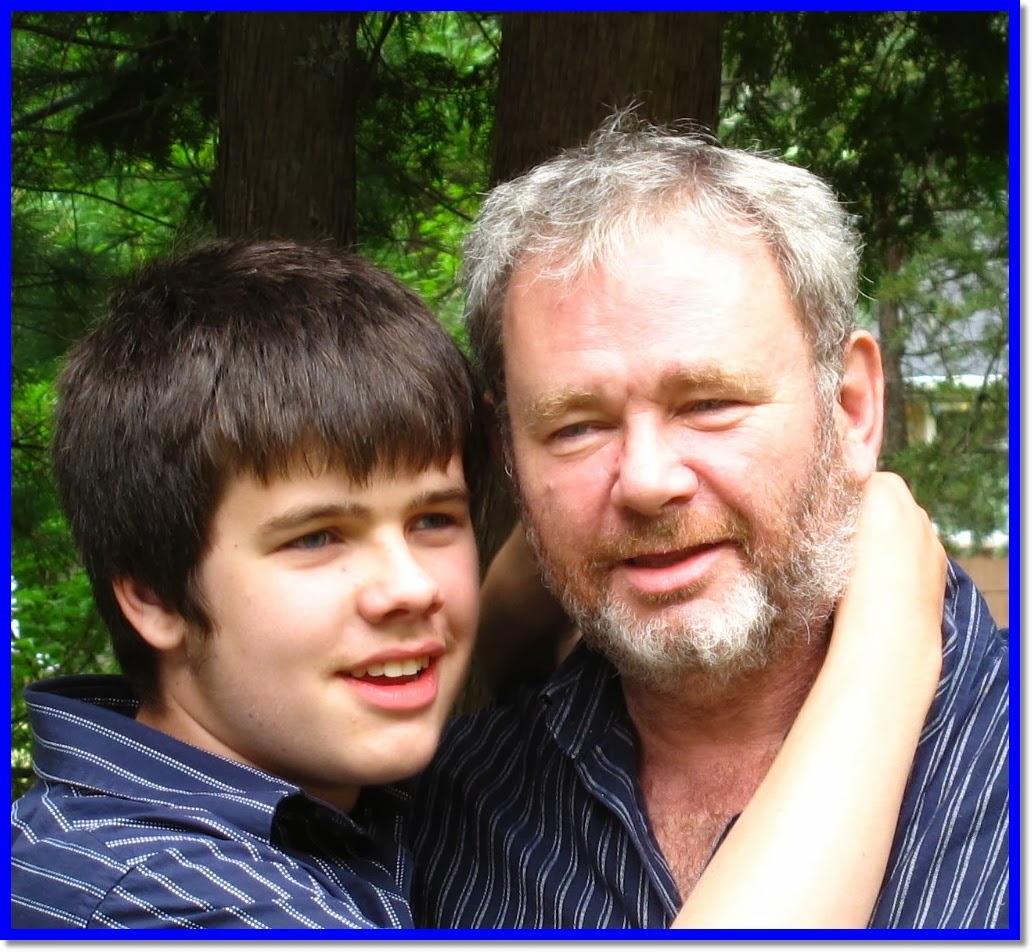 Conor and Dad are "Buddies Forever" but when he didn't expect Dad
to be home last night he literally refused to look at me when events
caused me to change my plans and stay home.  He did not expect me
to be around last night so ... in his way ... I wasn't.

Conor, as I have written many times, is severely autistic.  That doesn't stop him from being a happy boy, now a young man, who brings tremendous joy to his Mom and Dad every day. His autism disorder though does not just go away.  It is very much present when Conor's expectations are disrupted.

Conor is my "Buddy Forever" and when I am going to be away from home on business as I expected to be last night we prepare him in advance.  He didn't expect to see Dad last night.  Events intervened though that caused me to stay home for the night. While waiting on the ramp for an opportunity to access Fredericton's Westmorland Street Bridge I got rear ended by a truck that did a pretty good number on the rear bumper and trunk lid and on the driver's side lights of my Toyota Camry.  Between waiting for the police to arrive and process the accident, attending at an auto body shop, calling in my insurance claim, waiting for a drive, and tending to some other business, I was beat and decided not to leave town last night.

Conor, who was not expecting to see me, did NOT engage in a tantrum, or meltdown, and he gave me high fives when I asked for them BUT he refused to look at me ... keeping his eyes shut to avoid seeing me at all times. Not a big deal in the scheme of things but given the fun we usually have it was a reminder that Conor's autism disorder is what it is ... a disorder. One that is still very much with him.
Posted by Unknown at 8:41 pm

Sorry about your Camry. I hope you are okay. Good thing Conor and your wife were not in the car.

Sorry to hear you were in an accident. Very happy to hear you are okay. I hope you do have a safe trip, once you are on your way.