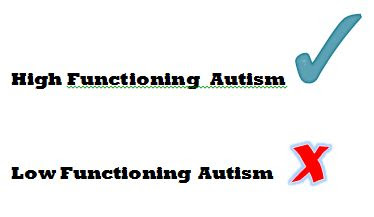 
The antidepressant Prozac may alleviate repetitive behavior and obsessive-compulsive symptoms in adults with autism, reducing these defining symptoms of the disorder, according to new research.
The research, which included 37 high-functioning autistic adults, mainly diagnosed with Asperger's syndrome, followed participants for 12 weeks. Taking Prozac (fluoxetine) doubled the chances that a patient would show overall improvement, measured by their clinicians. Half of the participants taking Prozac had significant reductions in obsessive-compulsive symptoms, compared with 8% taking placebo. Side effects were mild to moderate and participants taking Prozac did not show increases in suicidal thoughts or ideas.
"Repetitive behavior is a core symptom of the illness," says lead author Dr. Eric Hollander, medical director of the Autism and Obsessive-Compulsive Spectrum Program at Montefiore Medical Center in New York, explaining that "from a very early age, these children have rituals and routines. For example, they like to line up their toys and they get very bent out of shape if there is any deviation."


The abstract for the study, A Double-Blind Placebo-Controlled Trial of Fluoxetine for Repetitive Behaviors and Global Severity in Adult Autism Spectrum Disorders, published in The American Journal of Psychiatry,  refers to the participants as adults with ASD's, or Autism Spectrum Disorders, but does not indicate that the study does not involve any low functioning autistic participants. The title of the study report also refers to adult autism spectrum disorders without identifying the exclusion of low functioning autistic participants.

It actually gets even better when you read the study text -

The ADI-R is more of a historical instrument while the ADOS measures current behaviors. The current behaviors and impairments are what are required to have a diagnosis. So it seems like some of the participants would have once qualified for an autism diagnosis but no longer would.

I agree that more research needs to be done on the effects of different medications on all individuals with autism spectrum disorder. Particularly in Canada, and BC, where the Supreme Court's decisions against education and treatment of autism made us the Alabama of Canada.

I long for the day when lower functioning autistics are accomodated and assisted in communicating likes, dislikes, desires and those opinions are able to be spread under their own name. I long for the voices of those actively experiencing all levels of autism, not simply the second and third hand reports from parents (second hand) and doctors (third or fourth hand).

I'm noticing more and more of this sort of thing. It seems like there is really two autism worlds---that of "high functioning" and "low functioning", which I put in italics as I don't think there should be that distinction. The media features high functioning people with autism much more, probably because those are the people that can speak for themselves. Often, even those people seem to have a bias against lower functioning people with autism, or especially against the parents of these people, because they don't allow their children to "self-advocate". I'd love to do that with my daughter, but with her extremely limited speech and developmental disability, it's not probably going to happen. Interesting post.

am already on a lot of severe challenging behavior medication; halperidol twice a day as well as PRN [five mg in total every day],diazepam and tegretol [am epileptic as well]and was told that prozac is very good for acutely rigid behavior.

we [low functioning autistics] are regulary misrepresented in public not just medical trials even in tv programes about the autism spectrum they only ever show high functioning autistics.
was onced asked by the BBC [am from the UK] through the national autistic society if woud allow them to follow self as part of an autism spectrum documentary for six months and had agreed to it,they were going to spend time getting to know self before they started filming, however the BBC woudnt give the funding for it so they changed it to a program about male high functioning autistics instead-which got the funding off them. we are sidelined by all of society and when we try to advocate for ourselves about the situation people online say we arent LFA as they only have a profoundly autistic one size fits all stereotype in their heads.