Autism and Dr. Allen Frances' Question 5: Will Autism Research Be Possible After the DSM-5? 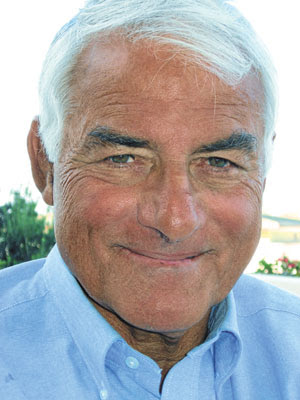 Dr. Allen Frances, chair of the DSM-IV Task Force
and principle investigator on the DSM-IV Field Trials
The last major changes to the "autism section" of the DSM occurred in 1994 with the grouping  of Aspergers, PDD-NOS and Autistic Disorder in the Pervasive Developmental Disorders section and are still cited by many as the primary basis for the massive increases in autism diagnoses over the past two decades.  No one doubts that a substantial amount of the recent increases are due to the DSM-IV diagnostic changes. The debate is over whether those changes account for the entire increase or whether they serve to mask or obscure the role of possible environmentally induced increases. With the DSM-5 soon to hit doctors' bookshelves the ability to develop a  reliable understanding of what is behind future changes in the numbers of autism disorder diagnoses will probably be lost forever,  or at least for the foreseeable future.  Epidemiological studies, already the subject of much debate, and much confusion,  could be rendered useless as tools for understanding what causes autism disorders.
In his November 8, 2011 article, APA Responds Lamely to the Petition to Reform DSM-5, re-posted by Brent Robbins PhD December 5, 2011 on the blog of the Society for Humanistic Psychology, Division 32 of the American Psychological Association, Dr. Frances, primary architect of the DSM-IV,  asks five questions about possible diagnostic inflation resulting from the DSM-5.  Question 5 asks the million dollar question:


5) Won't the many small, needless, and arbitrary changes in DSM-5 complicate future research efforts and make impossible the interpretation of data collected before versus after DSM-5?
If the answer to Dr. Allen Frances question is yes, as the Frances led DSM-IV experience suggests, then our ability to determine whether specific environmental factors are contributing to, or causing, autism disorders could be lost for another generation or more.
Posted by Unknown at 4:04 am