Conor Is Ready For School! 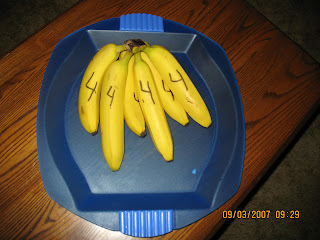 I commented Saturday about Conor's transition to Middle School which will start tomorrow and the preparations that we have done to help him get ready. He appears to be pretty excited about getting back to school. These pictures are of Conor's handiwork yesterday practicing his letters and numbers.

The bananas seemed to need the number 4 on them? 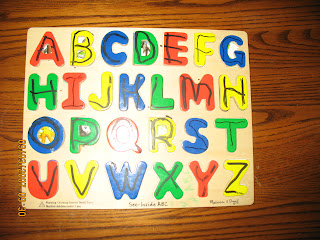 Conor practiced his letter writing by tracing over the letters on his alphabet puzzle board. 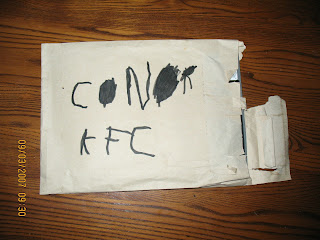 One sample of Conor's printing yesterday, including a not so subtle message about what he wanted for supper. (Yup, he got what he wanted, and the KFC chicken was tasty!)
Posted by Unknown at 11:30 am

Have fun at your new school tomorrow!
I like Middle School and so will you.

Conor, with a little help from Dad.

love these photos! my son loves the number four too! let us know how school goes. i am looking forward to hearing all about it.