NIMBY: New Brunswick Sends Severely Autistic Adults to NB's Northern Border with Quebec and To Maine, Far From Most Families 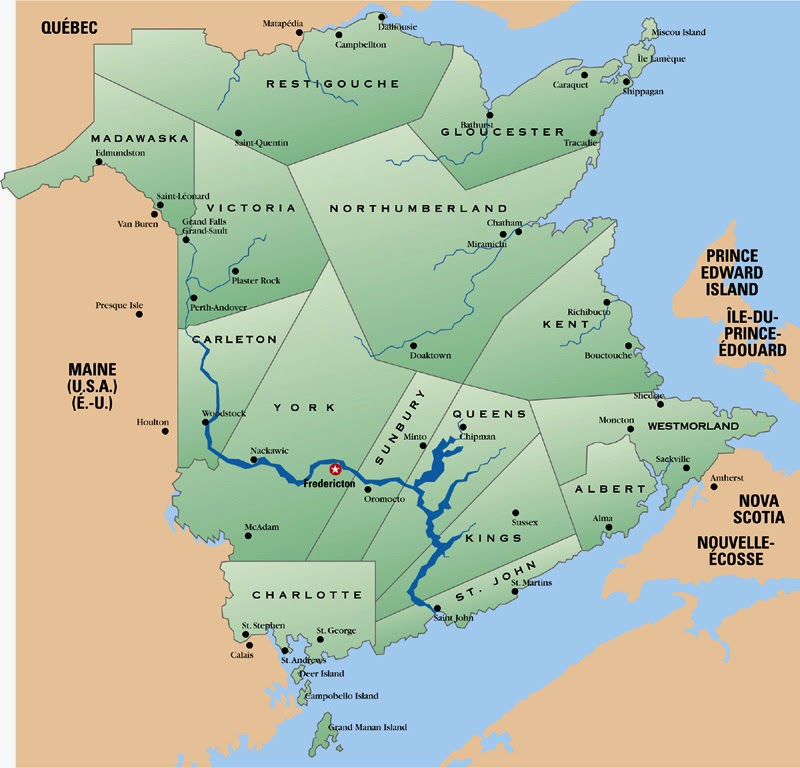 NIMBY, Not In My Back Yard: Severely autistic NB youth and adults are sent out of the province to the Spurwink facility in Maine and to the Restigouche Regional Psychiatric Hospital in Campbellton on NB's northern border with Quebec far from families and communities in NB's more heavily populated south.


The UK Daily Mail has reported the story of a family whose severely autistic  son who was sent 250 miles away for treatment including for severe self injurious behavior.  The distance involved during his stay of more than 2 years meant 500 mile round trips to visit their son who had never met his sister:

The UK is not the only jurisdiction lacking essential service facilities for persons with severe autism disorders. Here in New Brunswick substantial sums of money have been spent over the last 10 years housing individuals across the border at the Spurwink facility in southern Maine. Severely autistic adults who can not function in the group home system which lacks autism trained staff and professional supervision.  The exiles in Maine actually cost substantial  sums of money to the province with conservatively estimated costs of $300,000 per person per year. Adults with severe autism disorders who require permanent residential care and treatment are sent to Campbellton on NB's northern border with Quebec to live out their lives far from family members in NB's more heavily populated south.

A centrally located special care residential autism facility, based on a modern,  non hospital,  educational and community inolved model was proposed by Paul McDonnell in 2010 and simply ignored by ill informed government decision makers.  During the "connecting the dots" campaign I met with then NB Youth Advocate and Ombudsman Bernard Richard, Christian Whalen who worked in his office and Professor McDonnell.  After representations from McDonnell Richard looked to Whalen for a response which was dismissive.  Neither Richard nor Whalen have ever made any statements to indicate that they have any real knowledge of autism disorders but they don't have to in NB.  Here in NB careers are built by uttering community and inclusion cliches without actually understanding the subject being discussed or the consequences of failing to take meaningful action to address serious challenges like those presented by severe autism disorders.

Contrary to their own community and inclusion cliche statements our government leaders have  been quite content to send our severely autistic adults to Maine and to NB's northern border with Quebec far from their own back yards.

Community? Inclusion? NIMBY, Not in My Back Yard, sums up much more honestly and  accurately NBs failure to help autistic adults live with dignity, proper care and treatment  near family and friends.
Posted by Unknown at 8:55 am

Greetings from NYC. For many years, our Education system was sending kids 100s of miles away to residential, rather than provide for kids locally. I HOPE this is changing... in a placement in Pennsylvania, my son was seriously abused, three others died... I brought him back to NYC. Just this year 10 young people in our area "aged out" from out-of-state residential placements, and returned to find... no housing; no adult programs; no neurologists taking additional patients, etc.

On another note, NYC would only cover transportation costs for two (2) visits per year. Not surprising that people are abused - sent out of state, so no quality controls exist, and little regular oversight by parents.

This hypocrisy in government is widespread. All these mission statements and fancy websites mean nothing. It's a front. Behind the scenes families of severely autistic children are fighting daily to keep their children safe, not only from the harm they can do to themselves, but from the harm done to them by the very institutions that are in place to protect, serve and allegedly "help" them. It's time we expose this sham. We need to hear more stories from the inside. From the trenches. From parents who are forced to endure the neglect from the very people telling the world they are here to help, and getting money to help. It's a sham. The reality is only those with mild autism are pictured on photo ops for the press. You will never see a severely autistic person biting pieces of flesh from their arm in a campaign to help autistic children. You will never see a seizure in full mode featured on a TV show highlighting autism. It's ridiculous how little those who proclaim to know so much about autism, know so little about severe autism. Yet, they call themselves "experts."