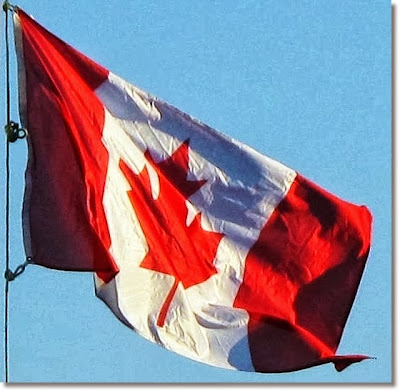 October is Autism Awareness Month in Canada.  You would never know it based on the contribution made by Canada's federal government which has taken a strict, division of constitutional jurisdiction, approach to autism disorders in Canada.  In other words it has said that addressing Canada's growing National Autism Crisis is not a concern of the federal government.


Harper Conservative MP Mike Lake, who I have met in person and spoken with by phone, and who seems like a genuinely nice guy, speaks lovingly of his autistic son in Parliament with a few words recognizing  World Autism Awareness Day on April 2nd and that's pretty well it.  On Wednesday, February 21, 2007 Mr. Lake himself voted against Bill C-304, the private member's motion brought by Charlottetown Liberal MP Shawn Murphy,  an Act that would have amended the Canada Health Act and provided for the development of a national strategy for the treatment of autism.

If non Canadians want an idea of how little is done by our federal government to help Canadians and their families suffering from autism disorders they need only refer to the October 2011 statement of former federal Minister of Health Leona Aglukkaq:

Autistic disorders are heart-breaking conditions because they can cause developmental disabilities in very young children that may affect them for the rest of their lives. These disorders are typically diagnosed in children before they reach their fifth birthday.

Autistic disorders have a broad range of symptoms. They can be mild to severe and tend to result in problems with social interaction, communication and behaviour. In Canada, it is estimated that Autism Spectrum Disorders (ASD) affect as many as 1 in every 150 children, as well as the lives of their families, friends and caregivers.

Important advances have been made in the way we care for and educate Canadians living with ASDs. Yet more research is needed to learn what causes these disorders and to help develop better treatments and interventions so that those afflicted with ASDs can live more normal lives.

As Minister of Health, I am pleased that the Government of Canada, in cooperation with our colleagues in the provinces and territories, is setting up a national surveillance system to establish reliable data to:
This information will help in developing programs to serve the needs of Canadians living with ASDs and their families and caregivers. In addition, the Government has invested approximately $40 million on autism-related research since 2000.

In closing, I want to congratulate the Canadian Autism Spectrum Disorders Alliance and Autism Speaks Canada for their dedicated work in this area.

Prevalence data, clearly based on existing US information of that time,  is about the extent of the federal government's contribution to autism awareness in Canada. Interestingly neither former Minister Aglukkaq, nor autism dad Mike Lake, mention the parents who advocated with determination in provinces across Canada for early evidence based intervention for autistic children.  Nor do they mention federal political figures who have in the past made great efforts to bring a real National Autism Strategy to Canada including Fredericton New Brunswick's recently deceased Andy Scott, Peter Stoffer of Nova Scotia, Shawn Murphy of PEI, and Senator Jim Munson.

Canada has a national health care plan which does provide basic health care for Canadians.  It is not perfect. Anyone can legitimately cite personal grievances with the system but it is a system that does not exist in the neighboring US.  For that national health care plan developed a half century ago this Canadian father is very thankful.  It would not exist if the  Harper government's constitutional excuses had prevailed during that era. It does  not exist today for the purpose of addressing the  autism specific needs of Canadians suffering from autism spectrum disorders.

During Autism Awareness Month the Harper government, and presumably Mike Lake, will make a statement or two about autism and earn some political brownie points.  If past practice holds firm they will announce no significant federal government efforts to help address Canada's National Autism Crisis.
Posted by Unknown at 6:25 am