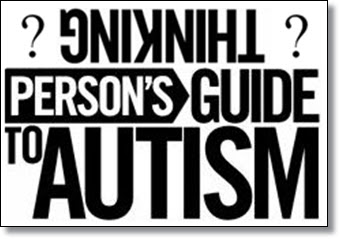 Shannon  Rosa, with the Twitter help of Seth Mnookin and Dr. Jon Brock is at it again, misrepresenting autism disorders and the state of knowledge about autism causation and of course blaming autism parents fighting for their children for the latest report of a professional caregiver abusing an autistic child because they dare talk honestly about the negative aspects of autism DISORDERS :

"At their worst, negative media-sown autism messages influence people like Greg Simard, who brutally beat a 12-year-old, non-speaking autistic boy in his care. Simard justified his actions by saying of the boy, .... Some autism parents never find their way out of that initial horror and negativity, .... These parents see other autistics writing, speaking, participating in online communities, and their furor increases -- how dare those autistics say good things about autism, when their kids need 24 hour supervision?"

Ms. Rosa's wild, hostile opinions are not substantiated by evidence or professional consensus of any kind but that doesn't stop Mnookin and Brock  from spreading her hateful messages.  In the instant case there is no basis whatsoever to the claim that the media focuses on negative stereotpyes or that it does so because of  bad autism parents.  Temple Grandin is celebrated around the world.  John Elder Robison and son Cubby regularly receive promotion on CNN.  Television series inevitably portray autism in the form of the socially awkward but otherwise brilliant, high functioning techie, geek syndrome as autism.

Rosa's claim that the abusive caregiver is influenced by the alleged overwhelming dominance of negative media stories is absurd and, once again, based on no evidence whatsoever. An abuser makes a cheap comment in the media and Rosa accepts it as reality because, in her mind, it confirms her negative views of other autism parents who do not share her views. This is no accident.  A mother in Colorado killed her autistic child and stated that she did so because she feared the child was autistic.  Rosa leaped to the attack against autism parents speaking honestly about their children's autism disorders blaming them for the mother's actions. What Rosa bypassed in her attack  was the fact that the prosecution had concluded that the woman was insane and for that reason did not prosecute her.

I am not going to repeat all of Rosa's misinformation about autism on this site.  Her statements of fact are in fact simply her opinions, opinions that reflect her hostility towards autism parents who fight to improve their childrens' life prospects by speaking honestly in the effort to find autism causes, cures, treatments and services  for their children.  These parents, and I consider myself one of them, do not conform to Rosa's angry .... and flat out silly ... mischaracterizations.

While Rosa is out with her non evidence based rants about autism disorders and parents fighting for their autistic kids here is a bit of autism reality from the New England Journal of Medicine, the kind of stuff Rosa doesn't want the world to know about:

"Autism spectrum disorders have been estimated to affect as many as 1 in 100 to 1 in 150 children.4,5 Disorders on the autism spectrum share features of impaired social relationships, impaired language and communication, and repetitive behaviors or a narrow range of interests. Many children with autism spectrum disorders also have intellectual disability, and approximately 75% have lifelong disability requiring substantial social and educational support. Thus, autism and intellectual disability together represent an important health burden in the population and are frequent reasons for referral to genetics and developmental pediatrics clinics for a diagnostic workup."

Prediction: the next similar tragedy that befalls an autistic child will also be blamed by Rosa on other autism parents with whom she disagrees.  Her views will unfortunately be promoted by the Mnookins,  Brocks and other professional and academic Neurodiversity subscribers.  Thinking Persons Guide to Autism? Not even close.
Posted by Unknown at 9:20 am

Your assessment of the Thinking Person's Guide to Autism, TPGA, as presenting statements about the "Demonization" (a word representatives of the organization use)of Autism as an organized effort by Society based on Label alone is correct.

It is evidenced below in this link perhaps better than any other I have come across on the organization's facebook page.

Anytime something bad happens to a person on the spectrum, anywhere in the world, representatives of the organization have also, in other cases, used the tragedy to try to push this "Demonization" of Autism by society based on label alone ideology.

The most unfortunate aspect I see to the spread of this myth, is that some of the young impressionable people on the spectrum who trust the organization to provide factual information, will come to believe this myth about society which can potentially increase anxiety and depression among people on the spectrum.

Another problem with this myth based opinion, is the evidenced effect of what happens when people on the spectrum or off the spectrum even attempt to disagree with representatives of the organization using logic.

However, in turn, I do not see any evidence you have presented in this Op of Dr. Jon Brock, spreading these type of non-evidenced opinions/myths.

I see where Shannon Rosa recommended him as an Autism Science Professional in the link you provided, but that does mean that he spreads these type of "Demonization" of Autism by label alone myths about society.

I have used Dr. Jon Brock as a valuable resource to defeat many myths about Autism spread among people who identify with some of the non-reasoned "Political Ideologies" propagated by the ASAN organization and associates.

I was part of a discussion you participated in with Dr. John Brock, linked below, where he was discussing the rhetoric used to describe research as sometimes "de-humanizing" per ethics, and he adequately defended his opinion with references when you asked for them.

It seemed apparent there was miscommunication in what you seemed to "literally" interpret was an opinion by Dr. Brock that the research was harmful rather than some of the rhetoric used by the Scientists to describe people on the spectrum, in reference to their research, in a way that is "insensitive".

Dr. Brock clarified his communication as not meant in that literal way, as he is an Autism Research Scientist, and believes in the value of the actual Autism Research as helpful not harmful.

Scientists aren't always the "touchy" "feely" type of folks, that some people would like them to be. It comes with the territory, which is often part of a "Broader Autism Phenotype".

However, I will always offer a counterpoint of logic when provided the opportunity, for damage control of Anxiety and Depression among the young and impressionable people on the spectrum, who may be subject to the ill-effect of the spread of this type of propaganda/myth about society and an organized effort to "Demonize" Autism by label alone.

I don't know that much about Seth Mnookin, but his general ideas about the effect of emotional hyperbole in the media, is what I see TPGA doing in reference to a "Panic Virus" of society "Demonizing" Autism by label alone.

"Just the Facts Mam" is what I understand as Autism, not all of this emotional hyperbole, I see in the "Neurodiversity Movement"

Not to say that some do not have considerable diagnosable challenges, but it is Highly unlikely that some of these people who self-diagnose are Autistic.