What Does Autism Awareness Mean As The Great DSM-5 Autism Do-Over Approaches? 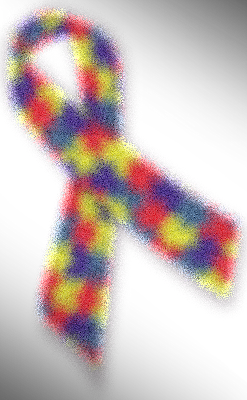 What exactly is Autism Awareness and what does it accomplish?

Can anyone, Autism Speaks, or any other autism organization, say with a straight face that they are promoting autism awareness when the official criteria for determining what autism is, or is not, changes every 15-20 years?  Can anyone say what autism is when the vast majority (CDC expert Dr. Marshalynn Yeargin-Allsopp) of those with autistic disorder, those with intellectual disabilities, are rendered a minority, albeit a large minority at 41-44% (CDC surveys) , with the publication of the DSM-IV and when that large minority are removed from the autism "spectrum" entirely with the publication of the DSM-5?

Can anyone pretend to be talking about the same autism when some are talking about severely impaired and challenged children and adults who lack any significant communication skills, suffer epileptic seizures and engage in dangerous Self Injurious Behavior while others, especially mainstream media like the NYT,  bemoan the challenges faced by very shy high functioning persons who function well in rock bands, businesses and quasi-governmental organizations but heaven forbid find, not unlike much of humanity, that personal intimacy with a person to whom one is attracted can be an awkward, learning experience during adolescence?

Can anyone stand up in good faith in this day and age and say that autism is an entirely genetic disorder when in fact not all identical twins both have autism when one does? Or when researchers find multitudes of genetic bases for autism but no single genetic characteristic of autism? Even after the overwhelming majority of autism research dollars have been funneled for years into a bottomless pit of genetic autism research?

And how about the French psychoanalysts who in 2011-2012 are promoting nonsensical, non evidence based, non reality based autism causation theories, including the "refrigerator mothers" theory of autism causation,  a dangerous harmful work of fiction that never did have an evidence basis? And they have the unmitigated audacity to sue Sophie Robert for exposing their incompetent, archaic nonsense to the world?


Unfortunately the gross autism incompetence of many in the French psychoanalytic profession is about the only thing that remains clear in the world of autism awareness. The very definition of autism has now become contentious. The impact of new diagnostic definitions on epidemiological based autism research can only be imagined but, if past is prologue, will not be helpful in increasing our knowledge of autism causes.


I do not mean to discourage anyone from engaging in raising autism awareness.  But in this time of the great DSM-5 Autism Do-Over please be clear about what you mean when you say ... autism.
Posted by Unknown at 7:41 pm