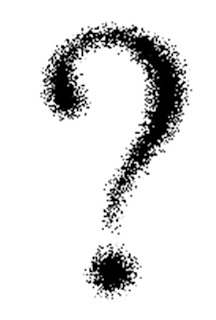 Surely, of all the dangers that confront many autistic children the simplest danger to eradicate, the one that doesn't have to exist,  is the danger of an autistic child being left alone on a school bus, van or other vehicle while parked in scorching heat or while it departs for other destinations.  Yesterday though, as reported on Newsday,  a 6 year old autistic boy in Nassau, Long Island, was left on a school bus unattended that left before school personnel became aware he was missing.
There are many problems involving autistic children including self injurious behavior, serious food aversions, wandering and lack of understanding of every day risks such as automobile traffic that can pose serious risks to the well being of autistic children.  One that does not have to happen though is the risk that an autistic child will be left unattended on a bus or other vehicle.
A simple but mandatory  check list and  reporting system with confirmation from the persons receiving the child into their care that the child had been received being required before the vehicle is permitted to depart should be all it takes.  Care and attentiveness should eliminate all such situations from occurring.
How autistic children end up being placed in this unnecessary danger is a mystery to me.
Posted by Unknown at 4:36 am

Not nearly as hard as you think it might be. But then again my son's van ride got changed the 7th time on Thurs without warning - found out from the driver - effective yesterday.

Gotta love McGuinty and his supposed save money bus consortiums... So, we've put in for a private ride. So much for saving any money.

One of the first things I pledged to give up when mine were diagnosed was any hope of a life for me. Now I will supervise them... forever. End of story. Hard, but hopefully safer.

It's easy to think this could never happen to my daughter because she has an aide on the bus. . . but if, for some reason, she were to get put on a DIFFERENT bus, the driver might not question it. . .

this disorder is way too complex to use such such instruments

possibly the most complex psychological and biological

such a waste of money to simply save money spent later without aiding in efforts to understand/prevent/treat/cure the disease. sole objective was obviously bugets

insulting to those who perform research and participants

as well as taxpayers