Autism Woe Canada: From Coast to Coast, No One Stands On Guard for Canadians with Autism Disorders 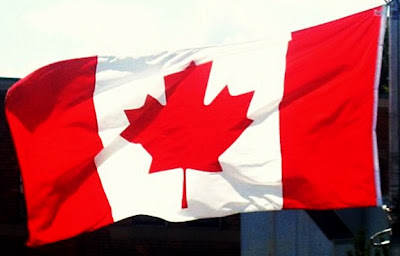 Two news reports show all too clearly that no one stands on guard for autistic children, youth and adults in Canada:
EDMONTON — A 51-year-old Edmonton man has been sentenced to seven years in prison for abuse and neglect of his teenage autistic son that left him looking like a "concentration camp victim." Vancouver Sun, Postmedia News, October 18, 2011
Leave the Wild Rose province of Alberta and head to Canada's Ocean Playground in Nova Scotia and things don't get much better for Canadians with autism disorders.
"The provincial government has suspended Braemore's licence and replaced its executive director. The Cape Breton District Health Authority's board of directors is now acting as the interim board for the home.
The review was ordered by the province's Department of Community Services in February after officials found that an autistic resident of Braemore was locked inside a constantly lit room for 15 days last fall.
Minister says she feels 'absolutely terrible'
At the time, Community Services Minister Denise Peterson-Rafuse said the review was needed after her department concluded the 20-year-old man, who was allowed out occasionally for exercise and meals, sometimes urinated in the room when he couldn't leave to use a bathroom. The home's executive director, Debra MacPherson, later apologized.
Peterson-Rafuse, who was in Sydney on Tuesday to meet with the interim board, said she was taken aback by the report's findings.
"I accept the responsibility as minister to say that we could have done better too," she said in an interview."  CBC News, October 28, 2011"
A father in Alberta doesn't see what the fuss is all about over his failure to provide a humane level of care for his autistic son.  In Nova Scotia a government Minister is "taken aback" and, golly gee whiz,  she is just all shocked and surprised to see that a group home which is supposed to care for its residents didn't care at all and put adult squabbles and interests ahead of the dignity and well being of an autistic resident.
Other Canadian provinces are no better.  Here in New Brunswick we have twiddled our thumbs and stuck stubbornly with an adult care system that does not provide safety, security and a dignified life for its autistic residents.  Adults who   suffer from severe autism disorders are sentenced to spend their lives in a psychiatric hospital. No one, including an Ombudsman's Office that has done little to help autistic children and adults in New Brunswick, will do anything to provide a decent life for the autistic adults in the care of the government once their parents succumb to old age and death.
Our Supreme Court of Canada reversed decisions by a British Columbia trial judge and three BC Court of Appeal justices and put deference to government decision makers ahead of the best interests of autistic children in the Auton Case. Our federal governments under both Liberal and Conservative Prime Ministers have done nothing to provide Canadians with a Real National Autism Strategy.
A Real National Autism Strategy is needed to ensure that regardless of where autistic Canadians live in this country they will be able to live in decent, humane conditions.  If we can't we should stop parading around the world, with a holier than thou attitude,  lecturing others about the way they treat their citizens.
Posted by Unknown at 3:46 am

Keep reporting this stuff Howard. Cause it's getting me angrier and angrier and more and more motivated. Sooner or later when we find just a little more freedom.(It will come). We're gonna join you on your crusade for our kids. We all should be ashamed of stories like these. But especially for you and me. I think it's fuel for the flames. Thank you and we will get it done. Believe me
Cameron

Thank you for another informative post. I think your last paragraph is to be applauded! So true!

I feel so horrible for what happened to this poor teenage boy. For some reason I have a hard time wrapping my brain around how cruel someone could be to another human. It is horrific and tragic!