Run the Dream - Jonathan Howard Runs Across Canada for Autism 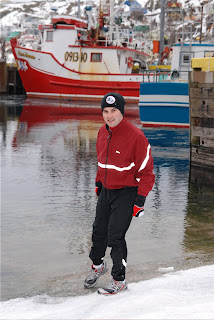 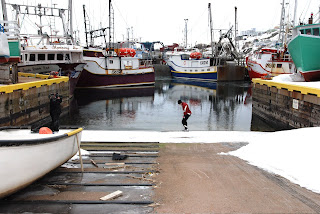 
Jonathan Howard's Run The Dream Campaign is Targeted to Raise
$2.5 Million for Autism
On March 25, 2008, in St. John's NL, Jonathan Howard dipped his shoe into the Atlantic Ocean, signifying the beginning of an eight month solo run across Canada, finishing in Victoria, BC on or about November 21.

The run will cover approximately 9000km, crossing 10 provinces and more than 650 communities across the country. The campaign, with the inspirational name Run The Dream, is targeted to raise $2.5 million to benefit children affected by Autism Spectrum Disorder (ASD) and their families.

In partnership with Autism Society Canada, Jonathan is proud to dedicate his run to the cause and to children everywhere, "I want children to dream like anything's possible," says Jonathan. "This run is my way of telling children and their parents to never stop dreaming." Working together, Autism SocietyCanada and Run The Dream will raise awareness about ASDs. "Children, youth and adults with ASDs and their families from coast-to-coast will be watching and cheering Jonathan on as he Runs the Dream! " says Kathleen A. Provost, CFRE- Executive Director, Autism Society Canada.

Day one of the run included a visit to St. John's City Hall, Mile Zero of the Trans Canada Highway , a rally with students at Memorial University and an official launch with the Autism Society of Newfoundland and Labrador at the Elaine Dobbin Centre. From St. John's, Jonathan will continue to crossNewfoundland toward the town of Holyrood.

Coinciding with Jonathan's run is the first annual United Nations World Autism Awareness Day taking place on April 2. He will be near Gander NL into the 9th day of his run at that time.

Kicking off the campaign was a launch party on March 20 in Jonathan's home town, Mississauga, ON. Events and fundraising opportunities are scheduled throughout the eight-month campaign in cities across the county. You can log on to www.runthedream.ca for more information or to make a donation.

Jonathan Howard, 24, McMaster University alumnus, and accomplished athlete developed the Run The Dream campaign to help raise awareness of the challenges faced by children with ASD and their families. Jonathan appreciates the groundswell of support that has already formed behind his effort and would particularly like to acknowledge the contributions of the sponsors (listed below) of Run The Dream.

For more information or to schedule an interview with Jonathan Howard please contact Alex Bittner at: alex.bittner@runthedream.ca, 888-507-5885 ext. 4.

autism
Posted by Unknown at 7:10 am