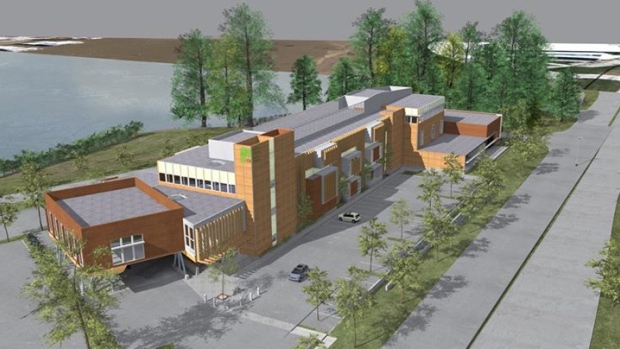 
British Columbia, Ontario and New Brunswick are 3 Canadian Provinces at different points on the adult autism care and treatment "spectrum".  British Columbia leads with the beginning of a center and network to provide adult autism resources for  BC autism adults and their families.  Ontario and New Brunswick, on the other hand, have no systemic, credible approach to the provision of adult autism treatment and residential care for the many with autism disorders who require treatment and permanent residential care.

New Brunswick, which made substantial gains in early intervention and some gains in our schools, has spent money sending severely autistic adults out of province to Maine with some being housed permanently at the psychiatric hospital in Campbellton far from most families and some in general hospital wards.  In 2010 NB  Clinical Psychologist, Professor Emeritus and autism expert Paul McDonnell recommended a network system with a center to provide treatment for adults and permanent residential care for those with severe, 24/7 care requirements.  The center would provide professional expertise and oversight that could be accessed by autism facilities and assisted living arrangements in communities around the province. The McDonnell network was endorsed in the NDP platform in the 2014 election but has not gained ground in the consciousness of the NB government which continues to house autistic adults in hospitals in New Brunswick and ship our autistic adults elsewhere.

In Ontario CBC reports in  Autistic adult daughter leaves mom exhausted with nowhere to turn on the lack of support for an exhausted mother of an adult autistic daughter with nowhere to go when she soon ages out of the education system. Group homes have long waiting lists and services are prohibitively expensive.  The problem, as reported by CBC, is prevalent across Canada as governments have failed to address the consequences of the "close the institutions" movement that did result in closing institutions with no adequate replacements:

"Groups that advocate for the disabled said the entire country was unprepared for the increasing number of disabled adults needing community care, since institutions closed years ago.
They told Go Public that governments did not take into account the stress that closing institutions would create on working family members forced to take over.
"It's not sustainable. And so we need a new social contract on this. Already … 25 per cent of Canadians are now providing care to a family member or close friend," said Michael Bach, executive vice-president of the Canadian Association for Community Living, citing federal statistics."
In terms of actual gains New Brunswick, despite early autism success and the demonstrated need for autism services, has operated with a mess of arrangements justified under cliches of community and inclusion without exploring alternative, modern systemic answers that could provide decent treatment, care and lives for severely autistic NB adults.  The fundamental principles advanced by Paul McDonnell in 2010 are similar to what is beginning to happen in British Columbia as described on a CBC article: $28M autism centre supporting families breaks ground in Richmond, B.C.    The description on the CBC site indicates that the network would provide comprehensive support to children, adults and families affected by autism with a center and facilities around the province although it does not indicate that residential care for those with severe autism will be provided.

New Brunswick has made substantial gains in Early Intervention and significant though less comprehensive gains in our schools.  The biggest obstacle to development of a comprehensive adul autism care plan in NB has been the reliance on community and autism cliches and close ties between government and community charities which fight against any attempt to develop evidence based exceptions to their philosophical "community" and "inclusion" beliefs.

Autistic adults in NB, which now includes my son Conor, have been, and will be, harmed by the false belief that magical communities solve all problems. They don't and autistic adults pay the price in NB as they do in Ontario.
Posted by Unknown at 9:25 am