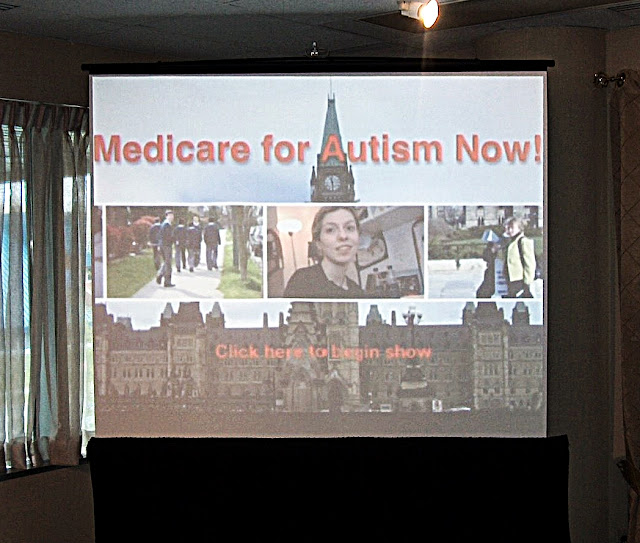 A Medicare for Autism Now! Rally was organized by FEAT-BC
and held in Halifax, Nova Scotia on May 26, 2007. 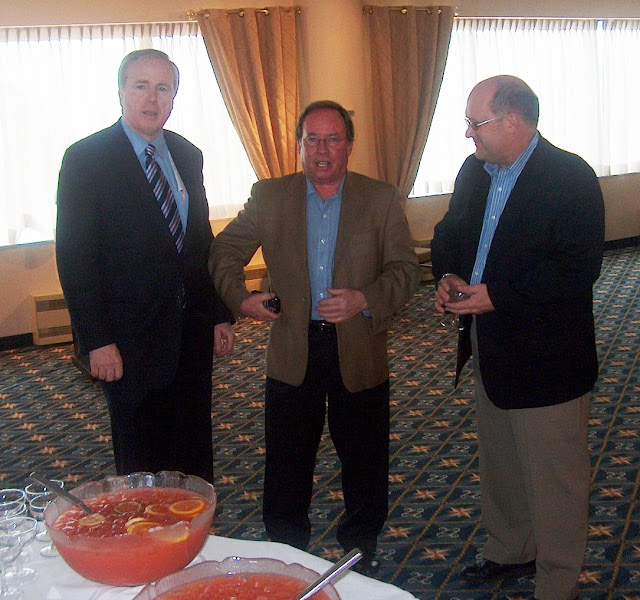 Former PEI MP Shawn Murhpy, New Brunswick Senator Jim Munson and the late Andy Scott a former Fredericton NB MP all advocated actively for a REAL National Autism Strategy with Shawn Murphy presenting an unsuccessful provvate member's Bill C-304,  to include autism treatment in medicare coverage and then Fredericton MP Andy Scott working with Nova Scotia MP Peter Stoffer to intoduce a National Autism Strategy bill which was passed and put the issue on the national agenda although no serious efforts have been made since then. Senator Munson chaired the Senate review of autism services in Canada and issued the Pay Now or Pay Later Report. 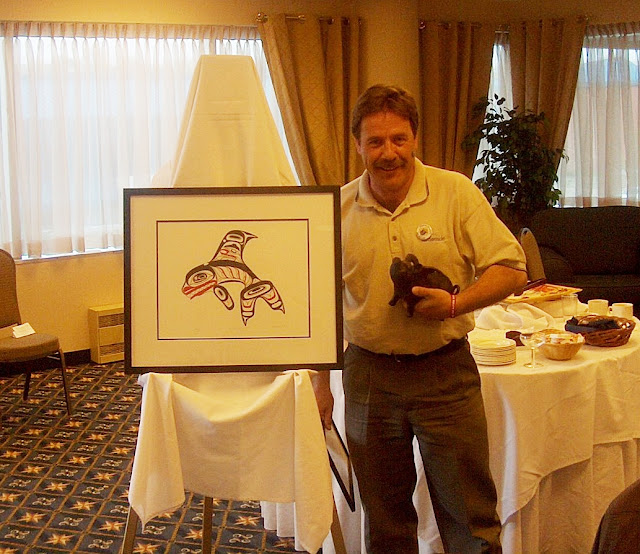 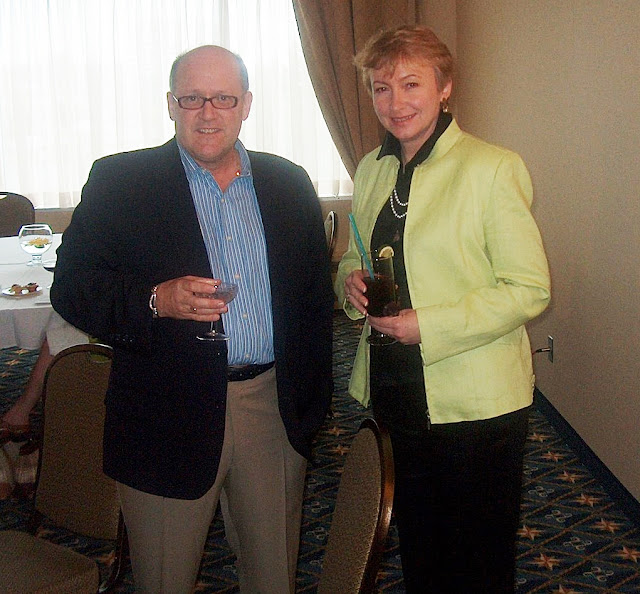 Fredericton MP Andy Scott with Jean Lewis of FEAT-BC and Medicare for Autism NOW!.
Jean was and IS a determined advocate for Medicare coverage of Autism treatment.

The photos above were all taken at the Medicare for Autism Now! rally at Halifax, May 26, 2007 organized by Jean Lewis and her fellow advocates from British Columbia.  Medicare for Autism Now! has remained active since then and remains one of the few legitimate national autism organizations in Canada.  Under the current government charities seeking to maintain their charitable status dare not address the need for a real National Autism Strategy for fear of losing their charity status.

The fact is that the current government has accomplished nothing of substance in addressing national autism issues. In 2015 Canadians must still rely for information about the prevalence of autism disorders  on US figures.  There is no discussion of taking steps to ensure that children in each Canadian province.  There is very little discussion of media reports of families moving across Canada and to the US seeking autism treatment for their autistic children.

Autism Canada, the newly formed entity rising from the merger of the Autism Canada Foundation and Autism Society Canada, and Autism Speaks will not advocate for Medicare coverage of autism disorders.  They will not risk their charitable status and funding for their organizations. With a federal election looming it is time for serious national autism advocates to speak up and advocate for autism treatment coverage under Medicare.

Stephen Harper and Mike Lake, a well known Conservative MP who appears to be a good guy and a great father of an autistic son have done nothing to help autistic children across Canada not one damn thing.  They both say, correctly, that health care is within provincial constitutional jurisdiction and they are right.  What they both ignore is the concept of co-operative federalism a concept which once existed in Canada and can be restored with a new government in place.

Medicare itself came into existence in this country via federal provincial cooperation and it can be amended to include autism treatment coverage by the same mode.  We need medicare for autism and we need it NOW!.
Posted by Unknown at 4:51 pm

I have rebutted this before. You and I agree on many things, but not this one.

Autistic Wisdom, With no disrespect intended you did not "rebut" this before. You expressed your opinion and that is fine. Your argument is simply a rejection of a National Medicare system which we have to a large extent in Canada. There is no legitimate basis for allowing a parent's province of residence to determine whether an autistic child has access to what 5+ decades of research evidence demonstrates:

"The effectiveness of ABA-based intervention in ASDs has been well documented through 5 decades of research by using single-subject methodology21,25,27,28 and in controlled studies of comprehensive early intensive behavioral intervention programs in university and community settings.29–40 Children who receive early intensive behavioral treatment have been shown to make substantial, sustained gains in IQ, language, academic performance, and adaptive behavior as well as some measures of social behavior, and their outcomes have been significantly better than those of children in control groups.31–4

American Academy of Pediatrics, Management of Children with Autism Spectrum Disorders, 2007, affirmed in 2010 policy statement and again in 2012.

Education is within provincial constitutional jurisdiction as well and EVERY Canadian province meets high standards of education for students in general. If Alberta chose not to have K-12 schools at all it would not wash in Canada. We have proven methods to help autistic children with evidence early intervention and we must hold both federal and provincial authorities accountable to ensure they benefit from it.

I have been persistent in provincial autism advocacy for early intervention in NB, for autism trained education aides and resource teachers, for tertiary care to age 16 and for adult autism treatment and care.

That does NOT excuse the Federal government from ensuring that national standards for early autism intervention are observed and services provided under our national Medicare program by working with the provinces.

Province of residence determines many things in health care, right up to the drugs that are paid for by the province, to the types of procedures covered or not covered by medicare. There are thousands of variations between provinces in health care. Kids with G-Tubes get them covered in Alberta but not Ontario. Some provinces allow private delivery of health care. Some don't. The only thing the Canada Health Act does is provide some basic tenets, but the provision of health care, and what is provided, is a provincial decision because it is a provincial responsibility in the constitution. Frankly, I was SHOCKED to see the variation in services when I switched provinces.

I think what you want is for the federal government to use their "spending power" which is a fancy way of saying "We'll give you money but you must spend it the way we want." That has almost never worked in the history of Canada. The provinces are too fractious and guard jurisdiction jealously.

If you want national standards for autism, then by all means, let's alter the constitution so that health care becomes exclusive federal jurisdiction, and education and social services can become share jurisdictions. But wishing the federal government will just spend more money will not guarantee any new outcomes. Ottawa could give NB $500 Million in autism funding and not a single nickel could go to an adult facility for people with autism because in the end, it New Brunswick's decision because it HAS TO BE given our laws.