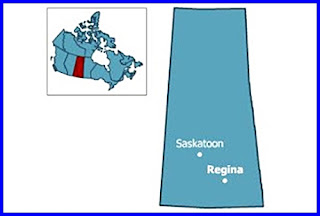 Canada has long needed a REAL National Autism Strategy, one which includes coverage of autism in medicare to ensure that children with autism disorders received treatment for their autism disorders regardelss of which province their  parents live in. One of the most glaring examples of the need for national autism medical coverage is in the province I once called Canada's Autism Wasteland  province.   Since that commentary on September 2, 2007  little progress appears to have been made judging by the Global story by Amber Rockliffe: Saskatchewan families moving due to lack of autism funding.  Rockliffe reports of  Saskachewan families leaving the province to find treatment for their children's autism disorders; treatment which is not available because of long wait lists and is not usually delivered  in sufficient hours to make a substantial difference in treating their children's autism.

One of those families that has already made the move is the family of Sheri Radoux:

“Sheri Radoux, has moved south of the U.S. border to Minnesota. “I think the services in Saskatchewan are probably the worst, or one of the worst in Canada, “said Radoux. “We moved down to Minnesota and we got full-time therapy for all our children, paid and funded by the state.”

The Rockliffe report goes on to indicate that Saskatchewan spends half, approximately $7.5 million annually, compared to approximately $15 million, that   Manitoba, with a similar population, spends annually on autism services.

Families leaving provinces, including the province many would consider the birthplace of medicare in Canada, to seek a better life for their autistic children in jurisdictions provincial and American  where a greater value is placed on the lives and futures of autistic children.