What Happens To Our Children When We Die? Maine Man Killed Himself and Adult Autistic Son in 2010 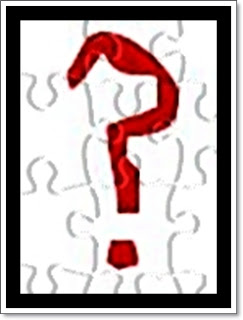 "Ginger Taylor  commented on the pressures on families with autism and on the greatest fear of many parents of autistic children: "That is the big question -- what happens to our child when we die. .... We understand their needs better than anyone else. It really breaks my heart hearing what happened to this family. It shouldn't be like that.""

The recent murder and attempted murder/suicide cases involving mothers and their children with severe autism disorders are not the first such tragedies to occur.  Unfortunately the same patterns are unfolding ... the refusal to seriously address the need for decent, humane residential care and treatment facilities for adults with severe autism disorders continues,  the attempts by the TPGA and other ND groups like the ASAN corporation to suppress any discussion of the harsh realities of severe autism disorders and the effects on those who suffer from them and their families are continuing.  No one is speaking about what has to be done to help the severely autistic live a decent life for fear of being subjected to irrational accusations that to do so is akin to excusing or justifying the killings.  David H. Gorski, TPGA ideologues Emily Willingham, Shannon des Roches Rosa, ASAN corporation's Ari Ne'eman and blogger Matt Carey have all been eager to attack Sharyl Atkisson and CBS for daring to portray some of the harsh realities that affected Alex Spourdalakis and his mother.

Television (Big Bang Theory, any number of Criminal Minds police investigative type shows)  and the mainstream media generally, other than CBS and  Sharyl Atkisson and a few other honest conscientious reporters, will continue to portray autism as a quirky, brilliant set of personality traits, an alternative way of thinking. The majority of autistic adults and ALL severely autistic adults will continue to live in varying levels of residential care IF they are lucky. But if no one provides humane services, help and hope to the families and persons living with severe autism challenges nothing will change and the tragedies will continue.  The TGPA and ASAN corporate crowd can pretend otherwise but we have to speak up now and provide service now to prevent further tragedies.  We know this because it has happened before and nothing was done.  Below is my blog comment from 2010 concerning the man in Gray, Maine who shot and killed himself and his 22 year old autistic son:

Dennis Hoey of  The Portland Press Herald  reports that a man in Gray, Maine shot and killed himself and his 22 year old autistic son yesterday:

"A father shot and killed his autistic son Tuesday at their home on Yarmouth Road before turning the rifle on himself, Maine State Police said. Cumberland County sheriff's deputies found the bodies of Daniel McLatchie, 44, and his son, Benjamin McLatchie, 22, in the family's driveway at 227 Yarmouth Road around 2:30 p.m.  ... State police Sgt. Chris Harriman said ...  it appeared that Daniel McLatchie was upset about what would happen to his autistic son after he and his wife died. He was a stay-at-home father, Harriman said. Daniel McLatchie's wife, Allison McLatchie, 45, was at work when the shootings happened."

"That is the big question -- what happens to our child when we die. .... We understand their needs better than anyone else. It really breaks my heart hearing what happened to this family. It shouldn't be like that."

Many people will undoubtedly condemn Daniel McLatchie for taking his son's life.   Some will call for more services.   Few, if any, will take the real action necessary to ensure that people  with autism disorders like Benjamin McLatchie have a decent place to live when their parents are dead.

Few, during Autism Awareness Month, and certainly not Hollywood or the main stream media giants, will look beyond the  accomplishments of a few High Functioning media celebrity "autistics" to  even acknowledge the existence of severely autistic persons living desperate lives in institutional facilities.  Even fewer will acknowledge, without mocking or attacking them, the fears of parents  obsessed with worry about what will happen to their children after they die.

In the end, whether it is at the hands of a distraught parent, or from life in prison like, psychiatric hospitals, it is the most vulnerable, the most severely affected by autism disorders who suffer from lack of reality based autism awareness and support services.
Posted by Unknown at 5:20 am

"Uh-oh. Following that logic, anybody who's ever punched a wall, thrown something across the room, thrown a punch, kicked someone, bit someone needs to be locked up, After all, you never know when they might snap and go postal" http://kwomblescountering.blogspot.ca/2013/09/ignorance-shows-itself.html. That's when I decided that what little respect I had held for this corner of the world... no longer did. If anyone but someone with ASD children did that to you, they would be pushing you to go to a shelter and file a restraining order.

As you said... until something is done... IMO it's only going to get worse. Unfortunately, the do gooders have more political weight than those that actually need the help and those that need the help are so beaten down by the system...

When my FSW thinks it's Ok that a woman covered in bruises by her teenage ASD son has to wait atleast 2yrs for a place for him...

You know something is very wrong.

She said there is "a huge tidal wave of autistic children born in the 1980s and 1990s who are coming of age."

There is someone in the ARI Yahoo group I belong to,who always says there has been no real increase in autism/ID,it's just that the parents are not putting their kids in homes and institutions like they used to.I'm not convinced of that.

I am starting to wonder if we aren't seeing the results of epigenetic changes on a large scale.