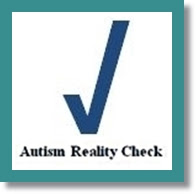 Those who talk about "autism monsters" are the same New York and Washington press corps media darlings who never met a camera or a microphone they could turn down .... unlike the severely autistic children of many parents.  They are the same phony autism self advocates, and parents of very high functioning autistic children,  who make false allegations about parents of severely autistic children calling autistic people "monsters" when in point of fact they are the only ones using that term, a term they use when they cry because others who actually know what they are talking about describe honestly the harsher realities of severe autism disorders.

Those who are currently attacking parents of severely autistic children are the same bunch of pompous pontificators who tell the world that autism is a joy or a blessing or a culture not ....  heaven forbid .... a disorder or group of disorders.  In their silly, ill informed minds it is wrong to speak about autism as a mental health disorder.  It is the same silly bunch that forget  that they, or their children, actually have a medical disorder diagnosis. These same ignorant self appointed judges even object to terms like "severe" autism as though the severe autism of my son even remotely resembles the "autism" of the corporate trustees in the alleged Autism "Self" Advocacy Network corporation.

The fact is that severe autism can be difficult, very difficult to deal with day in, day out, over more than 20 years.  It can involve self injurious behavior. It can involve reactive violence.  In almost all cases it involves severely autistic and intellectually disabled people committing violent acts without knowing what they are doing.  It also involve people most of whom will never achieve gainful employment and people who will live, if they are lucky in the care of others. These are facts which are largely unknown in any real sense to the reprehensible attack dogs who feel free to use their corporate sponsored pulpits to attack parents dealing with much more serious challenges, and as they and their children grow older, dealing with the fears of  what will happen to their children after they die.

The truth is that most parents of severely autistic children are reluctant to speak about the harsh realities of severe autism in their home. They have to deal with those realities themselves while the world at large is misled about autism realities.

Few people today are aware that some autistic children do injure their parents on occasion.  I believe it is fairly described. as CNN's Dr. Sanjay Gupta did, as "reactive", non intentional aggression.  A few years ago, as my son was hitting himself in the head repeatedly at 2 in the morning, I tried to stop him.  I tried various diversionary verbal games that had worked in the past to no avail. Finally I reached for his arms in an attempt to stop him from hurting himself further.  His much younger reflexes moved quickly and he bit me on the bicep with enough force that he pierced not just the skin of my arm but the muscle itself resulting in a calcium buildup that required treatment.  He was not trying, in any sense, to harm me.  My son is a tremendous joy as the pictures on the sidebars of this blog and regularly shown on this blog attest but when he has a meltdown he can harm himself and is very challenging to deal with and these are realities unknown to the "autism as culture" pontificators adored by corporate interests.

Four years ago Gertrude Steuernagel, a university professor, was beaten to death in her own home by her 18 year old severely autistic son who also forcefully resisted and inflicted some harm on police officers who arrested him. That case is not representative of most severe autism realities but some parents are hurt to lesser extents by their severely autistic children who mean them no harm but are having severe meltdowns.  The parents, by and large suffer in silence, for fear there will be consequences for their children or themselves and with the certain knowledge that the presumed knowledgeable high functioning self advocates and parents of HFA persons will condemn them to the public.

What pushes  many fears for parents though is the knowledge that few resources suitable for persons with severe autism disorders, including decent, modern residential care facilities exist for their children.  Advocating for such resources, as I have found out personally, is made more difficult by the feel good  rhetoric of the times.  Waves of feel good cliches like "community", "inclusion", "ableism" etc. have taken the place of sound policy and maintenance of appropriate ranges of services for those most severely affected by conditions like severe autism disorders.

Ignorance is not bliss when it misinforms the world about serious, severe autism disorder realities.
Posted by Unknown at 6:26 pm

I don't see how ASAN and their echo chamber of sychophants can be unaware of the number of autistics under the age of 25 who are both very large and muscular and profoundly intellectually disabled.All you have to do is look around at the all different blogs parents of these children have put up,as well as spend any amount of time following the comments at Age of Autism.There have been an awful lot of these kids born in the last twenty years or so,and they seem physically different from even older generations of children with classic autism and ID.Something happened in the early 1990s,and I don't think it was vaccines.This is too severe and too deep seated for that.It is like there was some kind of large scale genetic change.Epigenetics is so new,that we still are not aware of all the research that might be going on now,but I am convinced that's where we are going to get our answers.While I have had my life changed,and been able to live on my own because of all of the research into metabolic causes of autism,it's obvious to me this only helps a very small number of those with autism.A lot more research into severe ID in autism needs to be done.

Look at the second link on your blog under favorites.The one about Taiwan.

I have worked with individuals with severe autism for years now specifically focusing on sever aggression reduction and you are right, it does happen. You are also right in that it rarely has significant intent behind it and often is an expression of a range of uncontrollable emotions not able to manifest in what would be considered a more appropriate manner. The sad side for me by not acknowledging this side of autism is that it leaves children in the school systems vulnerable for expulsion or other extreme punitive measures as aggression isn't associated with autism in its definition. There are plenty of kids that doesn't apply to but this is a spectrum disorder and it presents differently to everyone. I will say with all the families I have worked with the parents of extremely autistic children are the best and most eager to participate being willing to try anything to support their children. They recognize their role in changing and don't just expect their child to.

"Neurodiversity" is a mis-nomer, in that the group does not support diversity (in Dx, at any rate.) I lay the blame at the door of the APA and their DSM antics. I also think some of these people really do have a Diagnosis, as illustrated by their lack of social understanding. But there is NO WAY Ari N.compares to my non-verbal, self injurious, eloping, seizure-experiencing son. My son has broken my arm; he has also brushed my hair. Like all of us. he's a mixed bag.

@Jacqueline C: "willing to try anything to support their children" does NOT apply solely to those who parent people with highly involved ASD (I think I hurt my brain constructing that sentence!) Rather, we are willing to work longer and harder, as opposed to going with the latest fad and claiming success. Unfortunately, the HF group then points to those who haven't dipped their kids in bat guano (or whatever) as failures.