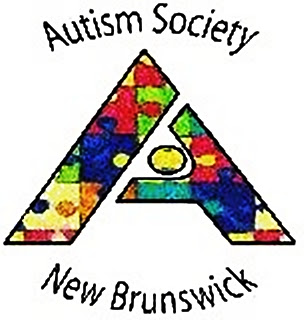 You are all respectfully invited to attend the 2013 annual meeting of the Autism Society New Brunswick scheduled for March 23, 2012 commencing at 12:30 at MacLaggan Hall, UNB Fredericton.  The meeting will be open to anyone in New Brunswick affected by or with an interest in autism spectrum disorders.

The Centers for Disease Control (CDC) in the United States currently estimates that 1 in 88 persons will be diagnosed with an autism spectrum disorder (ASD).  The primary diagnostic features of autism as set out in the DSM and ICD diagnostic manuals indicate three primary concerns of deficits in  social, communication and restricted, repetitive and stereotyped patterns of behavior, interests and activities. Serious features often found in conjunction with autism include intellectual disabilities, epilepsy and seizure activities, sensory issues and self injurious behaviours.

In our province the Autism Society New Brunswick and our parent members have been instrumental in advocating successfully for evidence based early intervention for children with autism disorders. We were actively involved in assisting in the creation of  the internationally recognized UNB-CEL Autism Intervention Treatment program.  Our advocacy prompted the UNB-CEL autism training of approximately 500 education aides and resource teachers.

It was also the ASNB representation during the inclusive education reviews  of the Lord and Graham administrations (MacKay,Ministerial Committee) that helped ensure the emphasis in the PNB definition of inclusive education on a student focused, individualized,  evidence based approach to inclusive education.  We have further advocated for the maintenance of a range or continuum of learning and placement alternatives in providing inclusive education; consistent with principles enunciated in Canadian case law such as the recent Moore decision of the Supreme Court of Canada and by credible autism authorities such as the TEACCH Autism Program at the University of North Carolina.

ASNB and our representatives have also advocated persistently, albeit with very limited results, for systemic improvements in adult services.  One key area that has repeatedly been brought to the attention of government, and for the most part ignored,  is the need for an enhanced network of residential care and treatment  for New Brunswick adults with autism as described by respected New Brunswick autism expert Paul McDonnell.

The adult care issues are of grave concern and have not been seriously addressed in NB at all.  There are also serious concerns among parents about a perceived regression in provision of early autism intervention with valuable early intervention time being lost needlessly by bureaucratic and service provider procedures. In our schools the quality and integrity of the UNB-CEL autism training has been replaced by an in house autism training model which the ASNB objected to strenuously over many years.  Pressures are continually being exerted to place all students with autism disorders in regular classroom settings contrary to the legal and professional requirements noted above for a continuum or range of education settings and service delivery based on the needs of the individual students.

The issues articulated are  provided in an attempt at candid, courteous discussion of issues that are of fundamental importance to our ASNB members and persons affected by autism. They are provided to avoid surprise and to allow any respected invitees who choose to attend to come prepared for discussion without fear of being "bushwacked".   This invitation will itself be placed in regular and social media consistent with ASNB practice of transparent, arm lengths and public approach to autism advocacy that has worked so well in dealing with previous administrations.

if you choose to attend you will be welcomed on behalf of the  1 in 88 persons in New Brunswick and their families. Kindly reply as soon as possible  to this email if you wish to attend so that preparations can be made to accommodate any needs, requirements or concerns you might have in attending.